9 posts were split to a new topic: Cutting out a Micro SIM: Do providers charge for a new SIM?

Got mine today…! it took a bit of time for it to travel across the atlantic

First reaction, It looks really nice! My son was very curious about the transparent cover.
I’m very happy it feels smaller than what I had envisionned (and feared!)!
So… I leave in the US. While I was cutting the “regular size” sim card to make it a micro sim card I had a doubt… will it actually work (frequencywise)?
Good news: I’m using AT&T and had no problem for it to catch signal (in theory it was suppose to work… but the info about frequencies are sometimes contradictory). It gets HSPA+ signal for data. I’m very happy!
I’m new to android … so i’m still exploring (just found out how to add the french keyboard! yay!).

As much as I am glad that I finally received my FP2 a couple of days ago, I have to admit that my first impressions where actually disappointing, which mainly refers to the software side of the phone.

First of all, getting my FP2 came as a nice and pleasant surprise. With having an order no. of some 300 and knowing that “my” back-cover color was already in stock, I was wondering where my notification email was to tell me the phone is shipped, after I saw that already over 1000 devices have left the packaging facilities. Then, on Dec. 31st - I was still in bed - the door bell rang, and unexpectedly the post man handed me over a package from the Netherlands. Finally it was here!
I was really very glad to receive it: I already was a happy owner of an FP1, but when in summer my girlfriend’s phone started to look like it won’t do it much longer, we decided that I’d buy me a new phone and give her my FP1. Unfortunately her old phone seemed to have been aware of the originally planned shipping dates of FP2, as it died some time at the end of October. Since I still had my work phone somewhere in a drawer, it was possible for me to use that and already give her the FP1. But then I was stuck again with a Nokia - Windows Phone (which I really really strongly dislike; and I mean not the hardware, which is great!) that only allowed me to use one of my SIM cards. But worse: Lot’s of apps I like to use and having control over my phone was also not an option with that device.

But anyhow, despite waiting for the FP2 for a couple of weeks longer than expected, I finally had my FP2 in my hands!

Alright, so I take it out of the box and turn it on. When I bought the phone I wasn’t yet aware that the FP2 would come unrooted and with Google apps installed, and while I already got to know that before the phone finally arrived, it was pretty much annoying when finally holding the phone in my hands. One of the things I loved about the FP1 was that you had a simple choice of running the phone with or without Google apps. However, when I first turned on my FP2 I realized that it was full with bloatware. So the first thing I did with the phone was browsing several times through the installed apps to be able to deactivate all the bloatware it got shipped with. The next thing I wanted to do was rotting the device, as in my opinion only if you have admin rights to a computer you get the chance to be in control of it. I expected that with the Fairphone there wold be an easy way how to do that. But so far I haven’t really figured how to, although I spent a whole day trying different tutorials from the net, installed the whole SDK to get ADB running etc. Also here in the forum I couldn’t find an easy way how to do it, not even to mention that I didn’t find anything on this issue on the website. Since I was a happy owner of the FP1 and considering the philosophy behind Fairphone that you only own what you can open, I was really disappointed that the phone came as such a closed up device. I would have appreciated if instead of adding bloatware to the pone, the software team would have rather put time and effort into making it easier to open it.

Well, I know this sounds now pretty much like just moaning around. I am still glad that I choose a Fairphone as a new phone, as there are so many other values behind its philosophy I appreciate. However, and thus only referring to the title of this thread, my first impression was simply disappointment.

I really really hope that soon there will be a tutorial available for how to open the software of the phone, so that I can finally get access to what I bought. So far I still cannot use apps and functions that are important to me and to increase privacy etc. on the device. I guess my disappointment originates from higher expectations, after having owned an FP1. But after a week of having the phone in the hand, I still don’t feel that I own my phone.

I know, this is a rather negative first impression I got, but it just honestly reflects my first impressions and feelings. There are of course many great aspects as well, regarding the hardware, so maybe I come up with more positive impressions on that side in the next days

Let me end this post that I really appreciate the effort the whole team put into this project with a second Fairphone now on the market, and that despite my disappointing first impressions, I would anytime again by a Fairphone if I needed a new phone. I am also looking forward that we will soon also get to know how we can own our Fairphones on the software side.

The next thing I wanted to do was rotting the device, …

Your phone is not biodegradable!

Your phone is not biodegradable!

I’ll put it on the wishlist for the next Fairphone

There’s a problem that I had with the FP1 and it’s now fixed: The proximity sensor was apparently not sensitive enough, so quite often I used to accidentally hang up calls with my cheek. Turns out that the FP2 proximity sensor is considerably more sensitive, and the hang up button is also not huge anymore, so that’s a huge improvement!

1 Like
FP2 proximity sensor not reliably turning off screen during calls - See first Post for Workarounds
therob January 8, 2016, 11:35am #61

Question to all FP-transparent-back-cover-owners:
As I can see here the transparent back cover has a WHITE border (1st pic) in comparison to the other two official pics of the webshop…: 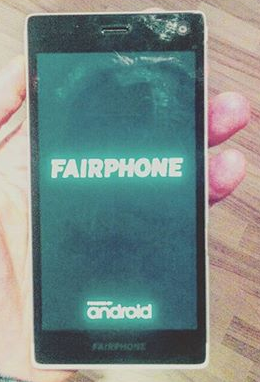 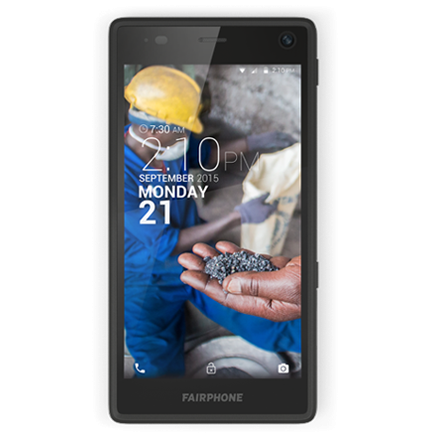 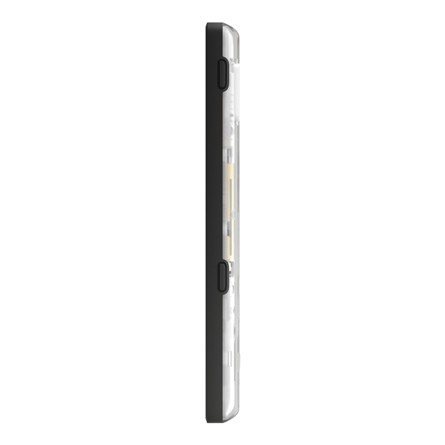 Can you others confirm this?
Or is it just still without any back cover and I see the pure white core frame at this pic?
Cheers, Robert
Edit: can anybody provide a pic of his transparent FP cover to see it clearly?

I agree. To me it also look like a phone without back cover.

Jep. My rim is definitely black.

However, when I first turned on my FP2 I realized that it was full with bloatware.

What software are you exactly referring to as bloatware?[quote=“vivia, post:60, topic:11491”]
Turns out that the FP2 proximity sensor is considerably more sensitive, and the hang up button is also not huge anymore, so that’s a huge improvement!

That was my most annoying issue with the FP1 (and almost the only one).

I am not @freibadschwimmer, so I can only make a guess, but since I am also waiting for a user build of the FP OSOS (my own compilation failed so far and those who were finally successful do not have the right to distribute…) without GSM I suppose he refers to all the Google related apps - especially since they are very prominent.
Just to give an example: Before disabling it (while exploring the phone and its settings), I more than once clicked on the Google app without wanting to do it and was rather annoyed by this…
Probably this is also partly my fault since I am new to smartphones but I still did not like it.

I am now waiting quite impatiently for the official release of the FP OSOS build or a clear (and comprehensive) instruction (with complete sources) to retry the compilation myself for the time being. Until then, I won’t connect my phone to the internet and won’t put a SIM etc. I’d like to call my real big brother but not google and the like…

@ben, merci guessed right, I was referring to the whole bubble of Google software it was shipped with. After turning on the phone for the first time I immediately deactivated 12(!) Google apps, not even sure if caught all of them.
Unfortunately, without root access it is impossible to delete them!

Unfortunately, without root access it is impossible to delete them!

With root access you can’t delete GAPPS either without bricking the phone. I tried.
I guess this is proof that disabling the Apps doesn’t really change much except for the Apps displayed in your App panel.

Arf really ?
I didn’t do it on my previous phone, but i recall that my RAZR HD (on KitKat) did’nt bother when i deleted all the useless google stuff (i mean , i deleted only google “apps” like “game” , “korean input”,etc, i didn’t touch to google services), was it your case ?

Well you can probably delete some GAPPS. But e.g. the Play Store is also a an App.
I had deleted the same Apps I disabled now (Calendar, Camera, Chrome, Contacts, Drive, Gmail, Google App, Play Movies & TV, Play Music, Play Store, Hangouts, Maps, Youtube) and bricked my phone doing so.

I hadn’t deleted “Google Play Services”, “Google Services Framework” and such, but I even disabled those now without a problem.

@paulakreuzer
Yes, I read about your experiences, sorry to hear that.

I always have been careful with deleting GAPPS, also on earlier phones. I made similar experiences as Elipsus, I was able to delete things like google search, calendar sync, maps, gmail etc. (basically all the things I was afraid it would upload private data like contacts, mails, location), but I never touched things like Google framework.

I haven’t tried it yet on the FP2 or any other Android version > 4,2, but so far I was able to delete many of them.
My usual approach was to first deactivate them for a week or two, and when I didn’t find any problems, only then I completely deleted them.

Edit: OK, you were a bit faster then me. Well, considering your latest post, that’s something new for me. I also would have thought it shouldn’t be a problem t delete those kind of apps.

I think thats the play store app, it’s “deeper” on the OS than other gapps ^^ (only app that have administrator privilege, needed to install apps)

Okay, playing around with my FP2 for 5 hours now. Following this topic’s title, here are my first impressions:

However, there is one thing that really bothers me right now: I can’t enjoy my favorite song when I play it through the audio jack on my speakers - the sound I got out of the phone is definitely not enough for my needs (I’m something between a totally average listener and an audiophile music junkie).

EDIT: Just realized The phone is indeed hard to use while charging.