No Android in the unofficial Sailfishports (Licence Reasons).
Ubuntu Touch is temp. not fulfilling my Software requirements. So at the Moment there is just a bloated slowly android…

For Ubuntu, I am not sure what kind of software requirements you have which are not met but maybe I even bring someone who has an Ubuntu phone to the meet-up so you could have a look. However, this is still unconfirmed.

@Stefan: I am aware of Firefox OS as well and following the thread, but I was a little taken aback by the last mozilla announcement in this respect…

We will see, if the community around FirefoxOS (B2G) is big enough to maintain B2G for smartphones without Mozilla staff involvement. But this is getting too offtopic, let’s stop here.

Our meet-up will take place on Friday, just drop in

Apparently, we’ll get to know someone who owns a Shiftphone as well.

Interesting, I’d like to know what he/she can tell about the Shiftphone. So, please report back, if you get to hear something valuable.

Well, it’s more a general interest in (any) progress concerning sustainability, fairness and particularly transparency, cause I’ve heard about it a few times and read in their forum, but until then, no improvements in comparison to other smartphone companies were properly reported but only claimed. To me it seemed, that there was a great lack of transparency and I don’t know if this has improved since then.

More details and photo later, I am a bit tired right now

I’m very happy about meeting you all yesterday. The location was great and we had a lot of interesting topics to discuss.
Hope we can build up a tradition of meeting.

Thanks to all who were involveld and made the meeting happen.

I second that!
Was nice meeting you guys in person

And yes, the location was really cool

Hey everyone, sorry for not being there yesterday. I had too much work to do in office. Hopefully I can be with you next time.

How did you advertise the meeting in advance?

13 is quite impressive especially given it was a first!

As promised, here comes the photo: 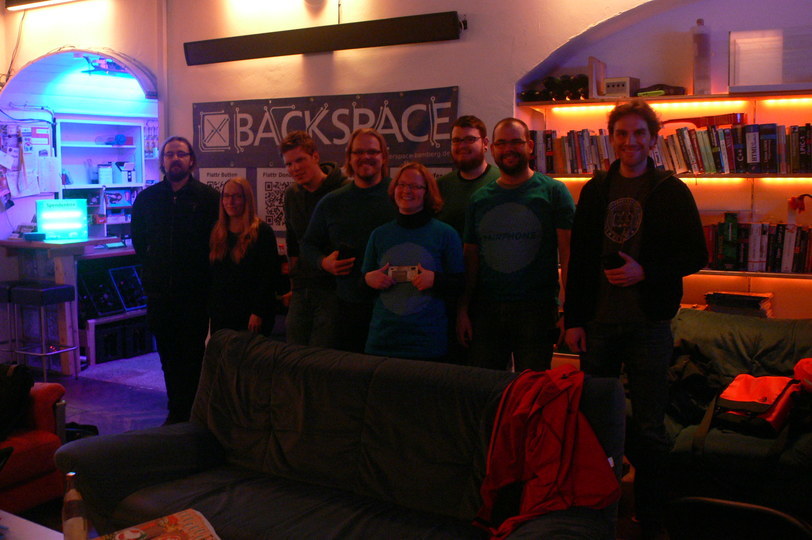 We took it a little late, so some people had already gone but you get the nice atmosphere of the location and the meet-up anyway. Left to right: Ött, Linda, @jom, @Toking, @merci, Mathias (1 oder 2 t?), @BeMiGro and @Moritz. Peter behind the camera, and Florian already on his way home who showed us his shiftphone he got a week ago. @marc_bamberg just did a guided backspace tour with Ptflea, so they were in another room at the time of taking the picture, just like Flo, another backspace member.
People came from different parts of Franken: Fürth, Coburg, Ansbach, Bayreuth and of course Bamberg.

We had nice discussions on different topics and the non-FP owners appreciated to be able to get a look at and hold FPs in their hands as well. Some even told us that they will seriously consider buying an FP2 once they’ll need a (new) smartphone.

Thanks again to the backspace for accommodating us, was really great and special thanks to Ptflea who also gave us a nice tour of the backspace. I think there was mutual interest.

Conclusion: To be repeated!

@StephanNo: Don’t worry, hopefully you can make it next time. Btw, we decided to create a mailing list. Ask @Toking if you want to be on it.

@tphysm: I asked Florian about the shiftphone, but concerning transparency, he does not know more than you can get from the website either. For him it is kind of a leap of faith (Vertrauensvorschuss) he accords them for the moment because their company is even younger than Fairphone. But he also hopes that this will improve.

Edit: Corrected the reason of absence on the photo of @marc_bamberg

And of course, I forgot another thing: Big thanks to @Douwe for sending us the T-shirts and stuff, highly appreciated!

Hi everybody!
@merci: no, not been home already, Obviously I was taking a tour of the Backspace at the moment you did the photo (btw, did you shoot it with the fairphone?)
Was a nice evening, an absolutely phantastic location - did not imagine that there is such a cell of technological ceativity in my hometown - and good to see and feel that there are more fairphoners just around!
Looking forward to our next event!

Oops, sorry, I did not recall exactly when we took it and just assumed that it was after you went home - my fault, I’ll edit it. Photo taken with my old-fashioned camera, wanted my FP2 on the pic

This Photo is taken by FP2 (using OpenCamera). 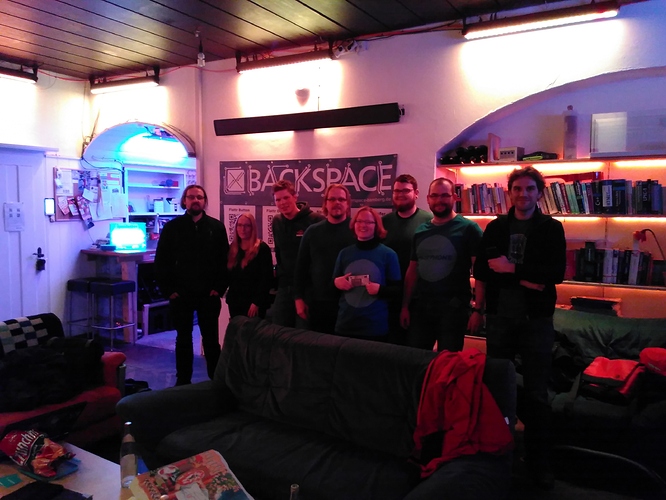 By the way, here’s the poll on country distributions of forum members I talked about yesterday.