unfortunately, after the update the Fairphone is stuck in a reboot/optimizing apps loop…

how do I get out of this? Any way to downgrade?

Do you use any flash-zips (I mean apps flashed via TWRP)?

After update the updater tells me:

Did you follow the community update guide? (Especially step 3):

When having other packages installed with FP Open OS (e.g. opengapps or xposed) it is possible that you will get stuck in a bootloop after an update, if not installing these packages again. Because these additional tools are installed on the /system partition, you need to reinstall them after every update, since the /system partition gets overwritten during the update. However, you should not loose data or settings, which are stored on your /data partition. If you have not modified your FPOOS …

See also this topic, which is essentially the same question.

I am getting the same battery-draining wakelock as with 16.09 when an app like WaveUp is using the proximity sensor.

Thanks a billion!
this worked 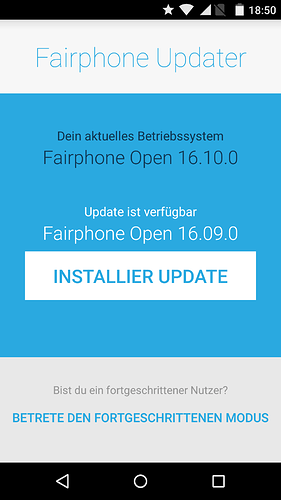 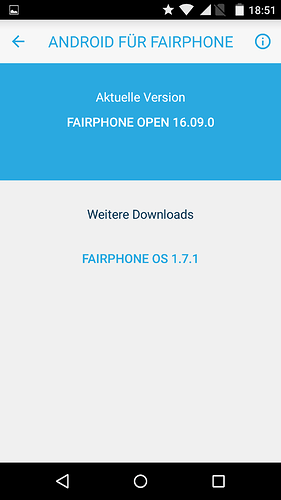 Have experienced more reboots since the update. Now its so often that the phone is almost unusable…

Findings after a few of days:

I also have constant reboots at least 3 or 4 times a day, but strangely already for one week or so, meaning: I don’t have 16.10 installed yet but it appeared with 16.09, and not from the beginning. If it’s the same root cause for you and me, maybe it’s not 16.10?
I thought, maybe it has something to do with xposed modules? At least my reboots more or less appeared after trying out gravity box, youtube adaway and nify. I don’t remember any other major changes. Do you use any of those?
My device is encrypted, with openGAPPS
I’m thinking about a factory reset, because as you write: the device is almost unusable when it reboots randomly, no matter if it’s in usage or not. Any ideas and help is welcome.

I am observing this since 16.09. Not dramatic, but annoying when you have to wait until you can actually read the screen outside.

The Problem with no deep sleep and battery drain after updating to Fairphone Open 16.08/16.09/16.10 is finaly solved.
Well its not bugfixed but i found an workaround:

You need old Modem Firmware Images, which was unfortunately not included in Fairpohone Open 16.07 but i found them in the package:
http://storage.googleapis.com/fairphone-updates/FP2-gms59-1.5.1-manual.zip

You need to flash all Modem Files from this Firmware Package.
Your Android System and Recovery will remain the installed one.
That means, you can use the latest Fairphone Open or GMS.
Only the Modem Files will remain the old, which don’t have this bug.

For all people, who is not so familiar with fastboot - they can contact me and i will give them my special update package which include all the necessary files which will be flashed with the script from
Windows / Linux.

While i think that’s a great investigation and might help fp engineers alot, i wouldn’t downgrade my phone to that state of the software because of all those security fixes… There have been a lot of them since 16.07, and substantial ones

The system.img can remain the actual (Latest Fairphone Open or GMS)
Only the Firmware files need to be flashed from the old Version.