The counter is now updated to 2,000 phones shipped out of the distribution center in the Netherlands (this is as-of end of day Tuesday 29 Dec). We will have more information on our blog end of today on issues like the blue back covers.

There are 2 reported cases here on the forum where people did not receive a notification track and trace email before delivery. Right now, this does not look like a systemic issue in which people should be concerned of a ‘surprise’ delivery, but the operations team is looking into it.

My fairphone 2 has arrived at home! Woop woop! I can’t believe it. I didn’t expect it anymore this year!

Details for your own calculations: delivery number #2046 - black translucent case - no shipping mail from fairphone - no notification from dhl - arrived on Wednesday 11:00 in Vienna, Austria - (((probably sent on Monday, but that’s just my best guess.))

PS. Now I just have to get home!

Hi Joe, thanks for the update. I didn’t receive an email either but did get the text message from DHL. Does the email only come through if we didn’t provide a phone number?

Hi, I just received mine, number 2795 (transparent back cover).

@anon90052001 I didn’t receive any e-mail too (though I clearly don’t care, it was a nice surprise to have it today). I don’t think I have even been contacted by DHL but since my phone has sms issues it’s possible I didn’t receive it either. My order is marked as “Prepare Batch” in the shop.

EDIT : Good job Fairphone for sending them (especially at this rate) between Christmas and New Year’s Eve, I must admit I’m impressed.

I hope the proud and happy new Fairphone 2 owners will tell us a little bit about their phones in this thread: First impressions Fairphone 2

My neighbor just got my Fairphone without me being notified! 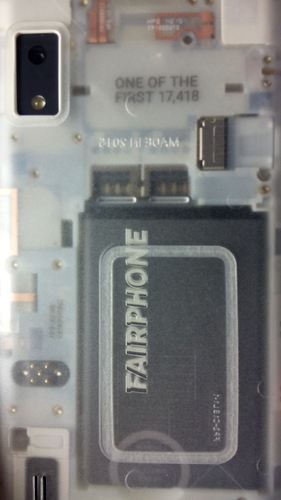 I pre-ordered my phone on 30th September at around 12pm. Over 17,000 people had done so before me. I know I should not expect my phone before the end of January, which gives me inner poise, patience and serenity, something you pioneers haven’t got!

The good news of course is that phones are steadily shipping, and I’m personally happy that some of you in this thread who didn’t get a track and trace email and weren’t expecting your phone this week, are actually getting them!

Our webshop partners are working to fix this issue ASAP but with the holidays capacity is not at a normal level, so we do not expect a fix until Monday 4 January at the earliest. Since we’re approaching the New Year’s holiday weekend, there won’t be many new orders shipped that will be affected, but we wanted to share this news with you all.

Our customer support asks that you refrain from contacting them about your shipping status until we have more news about the webshop solution. When that happens, all track and trace emails should be sent regularly and retroactively.

@paulakreuzer: Did you have a delivery number greater than 2808 (which now is the highest number delivered and reported here at the forum)?

My FP2 with transparent cover arrived today (delivery number: 2779; without notification as well) and I am really happy about it.
At first, I am going to look into how to get rid of GApps and the like and root it, @anon90052001 do you know when there may be an official step-by-step “guide” on doing it?
After that I will surely post my impressions

I don’t know when there will be a guide to rooting or having a non-Google Apps phone. @anon48893843 and @Douwe will work with the software team to get the community an answer.

The highest delivery number reported as delivered is #2808. So, if you have a delivery number ≤ #2808 and you have ordered a black or transparent back cover, your phone probably has left the distribution center.

If the portion of all back cover colors (black matte, black translucent, blue matte, blue translucent, translparent) were each 20 %, then the orders ≤ #3891 (with black and transparent covers) would have been shipped. But don’t trust my previous sentence, as I don’t know the real percentages.

We’ve had someone in our German language Facebook group (“Fairphone-Freunde”) reporting having received her translucent black cover FP2 yesterday morning, delivery number 40XX. I guess there is probably a very uneven distribution of cover colours. 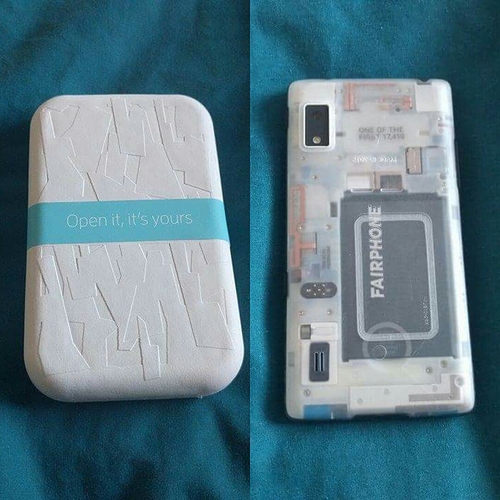 Hello from my new Fairphone!

In your left photo I see a box. Is in this box the Fairphone 2?
And could you tell us from which material the box is made?