As far as I know uses wireless charging more energy then normal charging.
Therefore it conflicts with my FAIRphone. @Jerry How do you think about this?

As far as I know uses wireless charging more energy then normal charging.

Yup, consider 30-40% loss total in conversions. Practical yes, efficient not so much.

Also, complex and expensive circuitry. I will not make it.

I like the idea of a solar panel in the back, if it don’t increase too much the already big dimensions of the phone

As far as I know uses wireless charging more energy then normal charging.Therefore it conflicts with my FAIRphone. @Jerry How do you think about this?

Wouldn’t know, hadn’t heard about this before. Makes sense though, that it’s not efficient.

I like the idea of a solar panel in the back, if it don’t increase too much the already big dimensions of the phone

Was thinking of this too, but then I thought of my WakaWaka power light and I realized that it only works well enough if you really put it in direct sunlight, which is something you wouldn’t want to expose your phone to on a hot summer day.

My top priority would be a keyboard similar to TOHKBD. Is Fairphone 2’s backside connector very different from Jolla’s one? Would it be much work to make a Fairphone 2 hardware keyboard?

I like the idea of a solar panel in the back

Solar is stupid idea on a phone, if you want to know why, go here. Which is also the place to discuss it

Is Fairphone 2’s backside connector very different from Jolla’s one? Would it be much work to make a Fairphone 2 hardware keyboard?

USB host vs I2C. Different story al together, but generally USB is easier. Lets see how some simple projects pan out, then we’ll talk complex stuff like keyboards

Is there an easy way to do it with USB ?

Also, my top priority would be NFC !

Is there an easy way to do it with USB ? 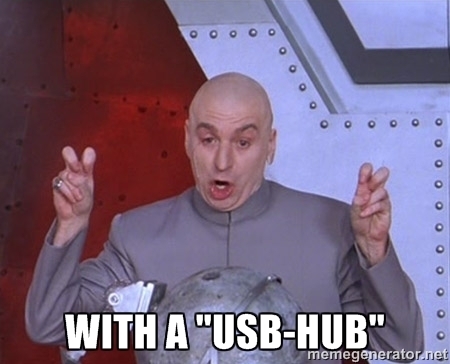 12 posts were merged into an existing topic: Potential for a LED back cover on the Fairphone 2

@dvl, I don’t know how good you are but Always Innovating’s Smart Book has always intrigued me.

You could view this as the ultimate FP2 case

It would extend the FP2 into a Fair Tablet/Netbook/Laptop (take your pick).

How I would see it with the FP2:

To top this off, it would be awesome if someone could also duplicate Always Innovating’s Hot Multi-OS switching. That way, when the FP2 is inserted into the panel, it would switch to, e.g., a Debian Gnome desktop and back to Android when it’s taken out of the panel. Of course, sharing the the data among all the OS’s so if you make a change in your contact information in one OS, it would automatically be picked up in the other one as well.

Ambitious ? Definitely. But I’m willing to put some money down for this. That Asus EeePC was a quite convenient machine to take with you. Being able to combine this with a phone seems a very convenient step to me.

I don’t know how good you are

You can assume I am extremely epic

Concept looks cool (like any convertible tablet that exists already but combined with padphone), but that website does not inspire confidence in the slightest. Generally speaking, if a company calls itself innovating, you can assume that innovating is the last thing they do.

But I’m willing to put some money down for this.

Your proposal for Multi-OS switching looks quite similar to what Microsoft tried to do with Continuum (a big failure if I am to believe user reviews) and Ubuntu Touch with Convergence which is quite late but scheduled to appear with the launch of Unity 8, planned for next year.

You might have what you want when (and if…) we get to port Ubuntu Touch on the FP2.

Generally speaking, if a company calls itself innovating, you can assume that innovating is the last thing they do.

that website does not inspire confidence in the slightest

Luckily we’re talking about getting the concept to a fairphone. They had some really good ideas for a while, but seem to have dried up lately. Can’t hurt now to implement their ideas on a more modern platform.

LOL. That could really power your “nuclear disaster” as well

if a company calls itself innovating, you can assume that innovating is the last thing they do

Recent history leads me to believe that the last thing they do is litigating.

I would also like a keyboard, although I have not really an idea how it could look like on a FP. The TOH keyboard looks cool, but I don’t see a way to combine it with the FP original case, which I really like. Also, in a youtube video it doesn’t seem like it is possible to write on it really fast. The best keyboard concept I saw so far was the QWERTY keyboard on the Sony Ericsoson P1I which allows you to write really quick, but then again I would have no idea how to get something like that on a FP2.

@dvl: I like your attitude: “If I like it, I try it, and then lets see …” Coming from an environment in which there is almost every time a lot of discussion first, and action later (if ever), I am reallly happy about this thread and you (independent of my personal wishes)

I don’t know if that might work for you, but I’ve bought this keyboard (I found it for 8€ at the time) recently. When I don’t need to enter a lot of stuff on my phone/tablet I just use the software keyboard, and for longer texts I use it (it’s not really small but can fit in a small backpack easily).

Thanks for the tip, but i really really hate typing on a touchscreen (I’m not able to type blind) so for me it would to have be an always-be-able-to-use it thing.
For longer text I use my computer anyway

I would wish for a back cover with integrated e-ink touch screen for reading with less power usage.
main problem probably is finding high resolution parts that are affordable still.
hope to see your projects soon

I’m also interested in doing some hardware with the FP2, but don’t know what I’ll tackle yet

Maybe we (you?) should collect all hardware ideas in a single list somewhere.

Edit: Are there any docs about the expansion port, and how to use it from Android?