Sounds like a problem with the screen or the connection between the screen and the rest of the phone. Reassembling helps in case of the latter. See also this topic:

Having this issue, seems to happen whilst plugged in on charger more often than not but not always. Will try the workaround to see if it helps. It seems to fix itself as well, it’ll do it later on in the day and ill just leave it and the next day it’s fine

Thanks. The result is pretty straighforward 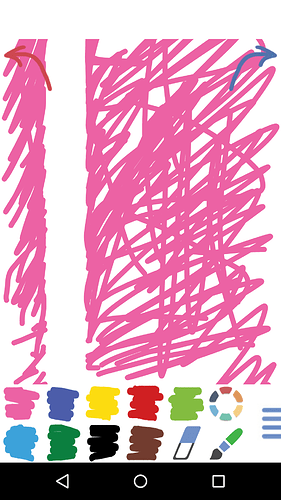 I am very disappointed by the FP2. Got 1.5.1 and these displayissues are still there. After some time of general using I have do lock/unlock the phone because the display goes crazy. I also cant use my phone while pluged in two of my chargers (both original Samsung 1A). It has no problem with a cheap noname product with 0.5A.

I know you dont have as much manpower as Apple or Samsung to work on a fix. On the one hand I support your idea for a repairable/longer usable smartphone and fair paid workers in the whole process. But on the other hand I dont want to use my FP2 anymore because this issue is soooooo annoying and makes me crazy.

Has anyone tried using a ferrite-bead on the USB-cable for charging and see if the touch input gets better with it (if not: try a second winding; or 2 beads, one on the chargers end - one on the micro-USBs end of the line)? To me it sounds like an EMC-related problem.

I don’t have the problem with my chargers but occasionally touch input does crazy things and it seems it’s related to the humidity of my input-finger. But that’s a different issue, I guess.

Hello I had the same problems. They have send me a new display and now
everything works fine again. You have to call them

Can you give me the number?

I never figured out the reason. My wild assumptions are either temperature or humidity. The probability of the phone going into crazy-mode increased with duration of constant use. Maybe there is static charge building up.
The pointer-position-feature does not solve the problem, I just enabled it to visualize the problem.
I got my phone replaced today, so the next days will show if this solved the problem (I have to setup the new phone first).

The pointer-position-feature does not solve the problem, I just enabled it to visualize the problem.

Yes, I just glanced over this thread some time ago and had this feature in mind when I faced the problem last week. Thats why I gave it a try. For me it makes no sense, that it has something to do with the dissappear of the problem at my phone.
Nevertheless I dont dare to deactivate it, because its so nice to use at the moment and the jumps were gone in the moment I activated the feature.

It would be nice to get some information of the fp technicians what they think where the problem comes from. (software,
hardware, grounding problem,…)