So it would boil down to a crowdfunding campaign, I guess.

What if one experiments with a LCD to demonstrate the functionality, and e-ink is optional?

I’m thinking of a very basic design: Back cover retrieves the current time once a minute.

What if one experiments with a LCD to demonstrate the functionality, and e-ink is optional

That is not really how it works

LCD and e-ink are two totally different things and not interchangeable.

For your reference: this would be one of the cheapest modules out there that already has the display driver and power management built in.

If the component price of that module is 29E, in large quantities the total price of the cover (with casing and assembled, tested etc) would be ~100E.

I’d also be super interested in replacing the main screen with an e-ink display.
I think it would be extremely nice for reading websites and books, and having an extremely high battery runtime would be a super awesome side effect.

So it would boil down to a crowdfunding campaign, I guess.

Do you know whether it would be possible to start a community group working on an overview of possabilities, and get ‘support’ from Fairphone company in terms of information and spreading a poll throughout the community via the newsletter?

And, did you get a reply?

I think this thread is the overview of possibilities. It is highly unlikely that Fairphone would design an e-ink module because it would be such a niche product. However, they say that they will soon publish the documentation of the expansion port. So then you’ll be able to build such a display yourself or hire a developer to do it for you.

I think this thread is the overview of possibilities. It is highly unlikely that Fairphone would design an e-ink module because it would be such a niche product.

I’m not saying Fairphone would, should or could develop it themselves. That actually is exactly the reason why I asked whether they would support such efforts by a team of volunteers taking the lead (I’m sure you would agree a lot more work would be required than what is happening in this thread).

Which support would you expect?

Which support would you expect?

information and spreading a poll throughout the community via the newsletter

So you say the information on the extension port is coming and that’s a good thing, yet if a team of volunteers would really start working on this, more technical questions would most definitely arise.
Also, two things that immediately come to my mind are:

Without this, I think any attempt at providing more expansion port stuff is doomed to fail.

These are not even only required for an e-inc project, but any other of such more complex expansion ports projects initiated by the community (i.e. not specific to the e-inc screen). I don’t think they accounted for any of this and of course there’s limited resources. So if they would provide help of any sort, that would automatically mean that Fairphone has to come up with some process on how to decide which projects to actively support and which not.

There is an e-ink cover for iPhone (which needs external charging and is connected by Bluetooth…): 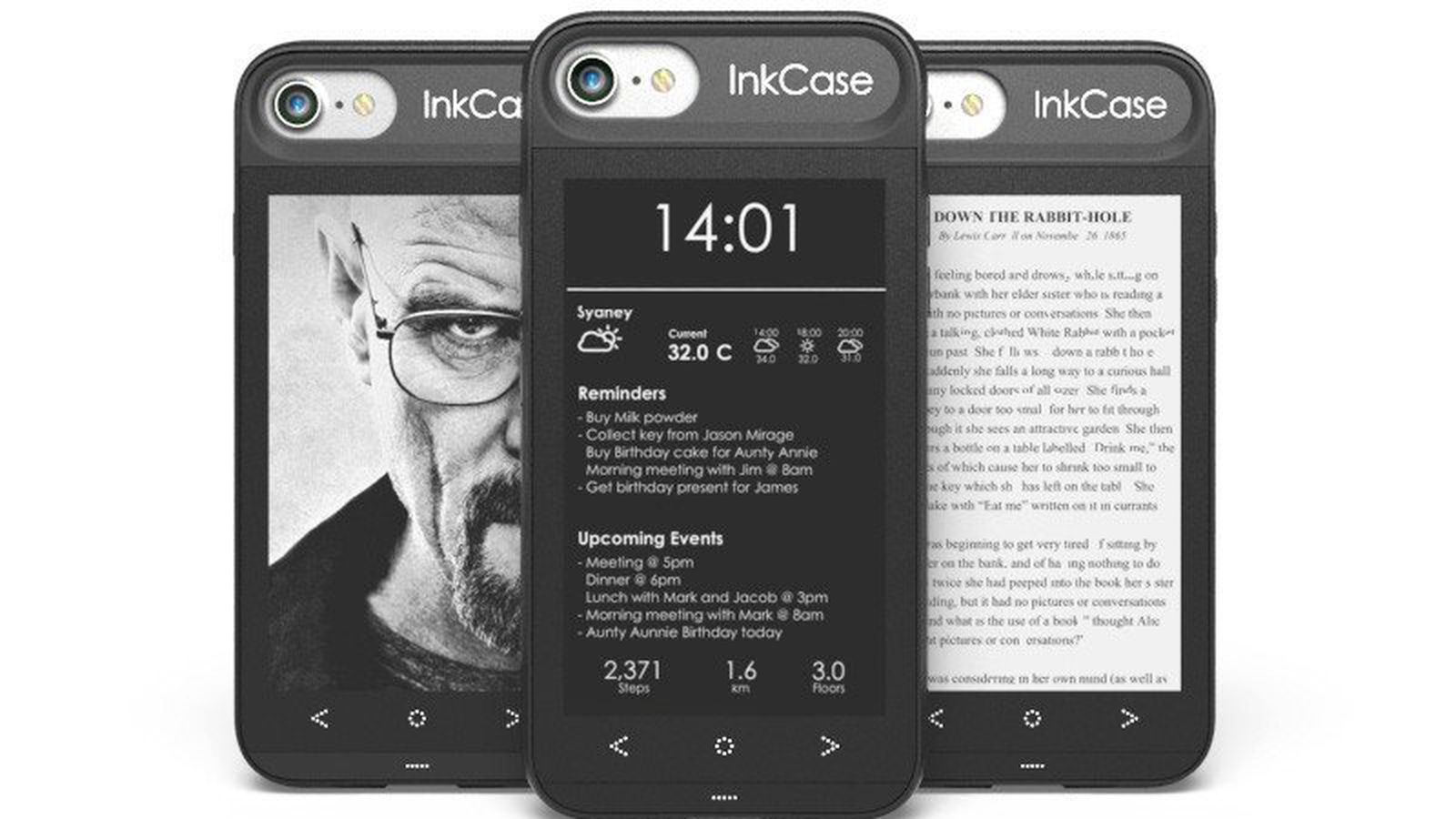 E Ink displays are great when it comes to low-refresh-rate tasks like ebooks or digital signs, but bad for things like cell phone screens, which tend to benefit from modern conveniences like...

I guess the Fairphone could actually power and connect such a back coved via the USb extension port.

I would also like a Backcover with a Display module. In fact maybe you could create minimalistic body for E-Ink and touch and combinate it in a late process with a Displaymodul for a Front replace or an integration into the cover (Maybe replacing the Camera).

Do someone know a e-Ink factory? Maybe ask the guys from Pebble they have a color e-Ink with Touchscreen.

I propose a new display 100% compatible to FairPhone 2, but made in Electronic Ink (like Kindle or Kobo device).

This will be usefull because if you go in some place without energie, you can use this display for low consume energie.

In this case video will be disabled in this display.

Also, you can use it to read in the bus, train, without having 2 devices you must only change the display.

What to you think about this.

What to you think about this.

I think that you should have used the search before posting about this.

Gotta say I love the idea. Back cover seems like a better idea considering its android we’re talking about here. I would definitely get one if somebody made one. Might try and hack one together myself in future.