To all TextSecure and CardDAV users,

since a couple of weeks almost all TextSecure users are listed twice in the TS users’ section in my TS contacts list. Only very recently added contacts are listed once.

I’m trying to find the root of the problem. My hunch was that TS might interact weirdly with CardDAV-synced contacts on older Android versions. (All of my contacts are synced via CardDAV, none is stored on the phone/SIM.) However, I posted on WhisperSystem’s GitHub repo, and a non-Fairphone user on Android 4.2.2 reported that he doesn’t have the problems I’m experiencing.

So my question to you out there: Does anyone else experience something similar?

Any response much appreciated!; this way I hope to find out if it’s somehow FP-related or if it’s just me.

How do you know?

Can’t reproduce with my DAVdroid-synced contacts.

I noticed that the duplicate TS contacts actually have two entries indicating a connection to TS in their respective contacts app entry.

Did you mention that over @ github? None of my contacts show more than one connection, even those with multiple TS-registered numbers…
Do the numbers displayed together with these connections look any different in their formatting?

Thanks for your answer!

How do you know?

OK, got me. The user didn’t state what phone he/she uses.

Did you mention that over @ github?

Yes I did, but response has been scarce sofar and this hasn’t been addressed.

Do the numbers displayed together with these connections look any different in their formatting?

No, they are identical. I have added a screenshot: 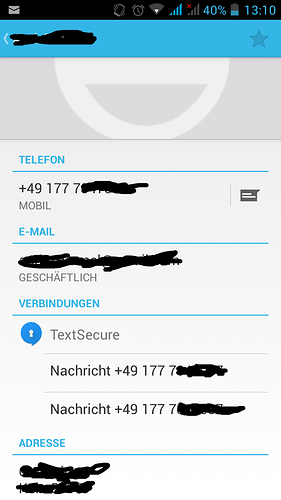 I’m very hesitant to uninstall and reinstall the app, because that will renew my keys and issue warnings that these have changed in conversations, and this confuses some.

One last thing: Unlike you and the one guy/gal at GitHub, I use “CardDAV free” instead of DAVDroid for syncing. However, in one attempt I have removed the app - that still led to two entries in the TS user list if I remember correctly, albeit without names. Wait - at that point there were no contacts whatsoever on the phone. This must mean that the problem has to do with TextSecure, am I right… Then again, I have updated TS once to the newest version since then, and the problem persists.

You can usw titanium backup to save and reimport your private key.

Jfyi - I use TextSecure (but not CardDAV) and I don’t have this problem.

ps. as far as i know the developers of open whisper systems do advise to not use Titanium backup…

Yeah, Titanium Backup is always brought up as one likely source of problems between TS and GCM, leading to failed notifications.

@madde, do you use TB and TS without notification errors? If so, when does TB come in in the process of de- and reinstallation of TS? When I reinstall TS, new keys will automatically be created, won’t they?

No, they are identical. I have added a screenshot

Does tapping on both connections lead to the same conversation?

Does tapping on both connections lead to the same conversation?

Do you happen to know if there is anything I could do about that?

As I mentioned above, I removed the syncing app completely once, to the effect that my contacts app only showed entries for my two messaging apps. Still, TS users were listed twice in TS, albeit without a name. How would that fit your story?

edit: oh, seems like a relevant PR just got merged

It happened to me when I have used a new connection to the existing CardDAV app. I was not able to remove the old connection of the address book so I saw multiple entries per contact. After the Fairphone update with a complete wipe I have set up the connection as new, so I have now only one connection.

Regarding the PR, I actually posted in the issue the ultimate programmer of the PR opened - however, he experienced duplicate contacts for non-TS users, kind of the opposite of what I’m experiencing. So I’m not sure if his solution will apply in my case. I keep my fingers crossed.

I was not able to remove the old connection

I’m sure the syncing app is only connected to one server/account in my case.

a possibility is that you have one connection directly in TextSecure which it can have without an existent address book entry while the second one comes from the address book.

I don’t think so: I uninstalled the syncing app altogether, leaving NO (CalDAV, SIM, phone) contacts on my phone. However, TS still listed TS users twice - without their name, but by their number. The second number wouldn’t be visible if your suspicion was correct, I assume. 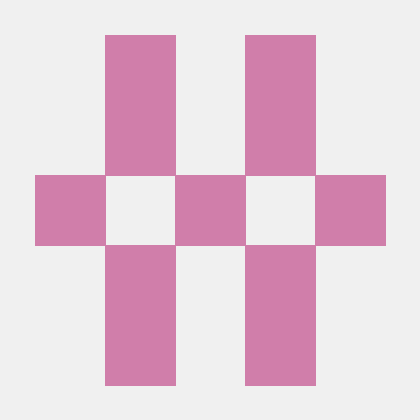 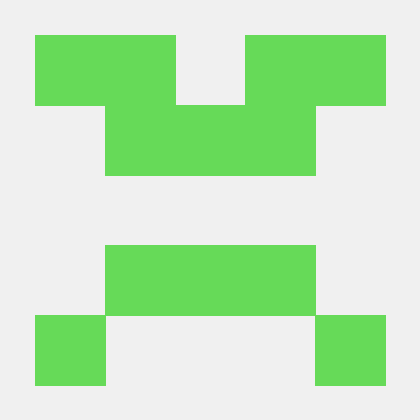 2.27 is currently in beta and has yet to be released.

No sure if you can pull and compile it yourself but according to the logs it looks like moxie closed a bug regarding this in 2.28.0. (I just see that you pointed that out already!)

Thanks, but I have read all of these. In fact, as you may or may not have noticed, I have posted to the second issue you have linked to.

The first doesn’t exactly apply because I have no contacts stored on my phone or on my SIM.

The second one and the related pull request is what @haffenloher pointed at. As I’ve mentioned above, starting point for these was the original poster’s problem that non-TS users are listed doubly - not TS users, as is the case with me. Still, I hope that 2.28 will solve “my” case along the lines.

The first doesn’t exactly apply because I have no contacts stored on my phone or on my SIM.

The ADB backup failed twice for me. Been using TB without any issues. I also need it to switch between official versions and self compiled ones.
Backup, uninstall, install version of choice, directly import data, open up TS, select push messages. you’re done.