Since my new FP2 was fresh out of the box, the screenshot below is what the back camera shows. Is this a “send it back to the seller/warranty claim” issue or is it something fixable at home? 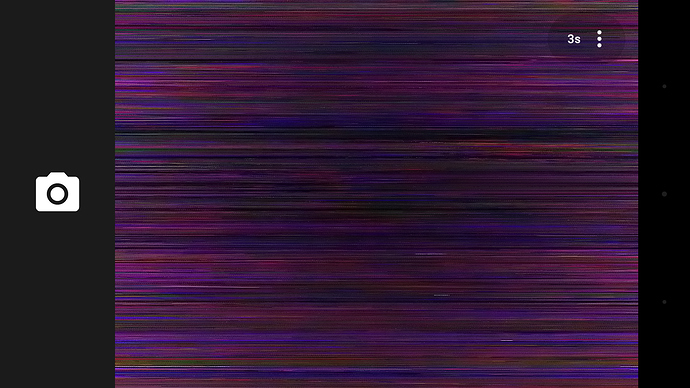 This shows up after a short time: 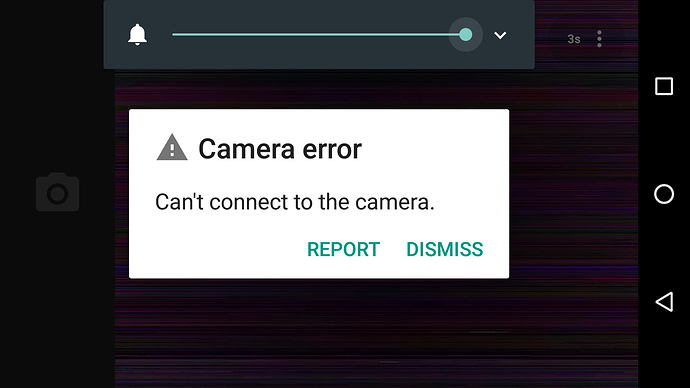 On the separate question about battery life - lack thereof - I’ve updated the software, turned the screen brightness down, don’t run many apps. A recent software update seems to have helped a bit, and the physical temperature of the phone is a lot cooler as a result, but the battery is still not going to make it to lunch time if the phone is used with any intensity.

Please search the thread Camera APP cannot connect with camera back module as other users had such troubles as well.

But there are more threads to find on this issue.

The phone seems to need some time to get background processes done after an update. Rebooting after any update is always a good step. But then keep an eye on it and you should realize that battery usage should reach a normal level within some hours unless something went wrong with/or due to the update and an app started going mad draining the battery.

Thanks. After reading that thread I found that if I physically press really hard on the camera unit the camera will work, so at least can surmise that it is a physical connection issue.

So you could try if dis- and remounting the camera module will help. You’ll just need a Philips #0 screwdriver.

This is a very valuable feedback which you should consider to pass on to the manufacturer.

Since my new FP2 was fresh out of the box

This clearly shows a lack of quality/quality check. As your phone was fresh out the box and also your action in solving this issue shows that he needs to put a focus on this problem.
I tend to believe the material of which the phone is made, some sort of plastic material, is sensitive to temperatur drifts which seem to take influence in stability and also the tightness of contacts (which btw. may also be the cause of other problem users are facing). Using slim copper conduct foils with tiny peaks for contacting need enough pressure and of course clean surfaces to assure proper connections.
As it looks this is not always guaranteed for every single phone leaving the factory.
But this is a clear show stopper if a customer unboxes a brand new device facing such simple problems right from the start without even having started off using the device as intended. (Maybe someone remembers the christmas launch of the PS4, there wer quite a lot of p****d customers having received a unit showing an instant ring of death requiring an immediate factory return.)
FP should put some more energy into this to prevent such situations.
So this was your first experience with a FP2, I guess this would keep people you know off from buying one…unfortunately

Thanks. After reading that thread I found that if I physically press really hard on the camera unit the camera will work, so at least can surmise that it is a physical connection issue.

Had the same issues on my new FP2. Following the troubleshooting guide - Remove and place back your camera module - fixes it. No more issues last two weeks.

Many thanks for your feedback as well. On the one side we have the tremendous benefit to disassemble the phone on our own with usual tools to help ourself in the first step.
But on the other side, this should not be neccesary by a brand new device fresh out of the box and I think this is hardly expected by any user who has ordered a phone.
Furthermore it should not to be expected from every customer to disassemble his phone for whatever reason. Not every Fairphoner is a “techie”

Many users simply want to purchase and use the device. I think this is still the most usual way how it works.

Me too. Six months and 2 replacement camera modules later, I’m trying to get a replacement phone.

Recategorized because not a general discussion.