Debating "what’s wrong with FP3, so that FP4 comes out so soon?"

Maybe it’s because of 5G and WiFi 6? At least I hope it’s because of that and that we won’t get a 5G-ready and WiFi 6 ready device. Which would mean it would only support a subset of the new standard. A phone that will be relevant for 5 years, needs to have full support for these things. Otherwise I also don’t see the logic. Finger crossed

At least I hope it’s because of that and that we won’t get a 5G-ready and WiFi 6 ready device.

Do you mean 5G and WiFi 6 are not advanced enough for your projected requirements over the next 5 years?

No I mean they are essential. But if Fairphone chose a chipset that provides 5G-ready and WiFi-6 ready hardware, then it’s mehhh. The “ready” party is like HD-ready. Not true HD. The same goes for 5G and WiFi in that context. You then only have support for a subset of the standard. Which might mean you don’t have the intended performance benefits and such. That would suck, right? Because then it would be better to wait another year for mid range SoCs to become more mature.

A SoC like this phone has would be the best case scenario. I really hope it will be this one. Not only full WiFi-6 support, but even the latest one, WiFi-6E. 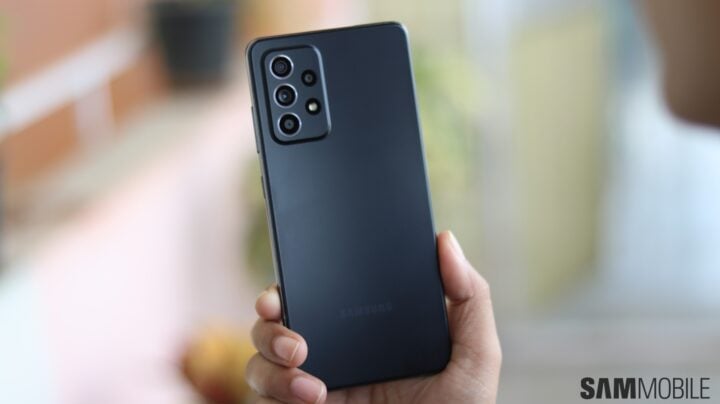 At a cursory glance Samsung's mid-range and flagship phones may seem pretty evenly matched when it comes to connectivity features, ...

A new FP is needed, because of the fact that updates are really complicated to launch with old debices. That’s because qualcomm dont support old processor for updates/upgrades and because smartphones need every year more GB space and better CPU. That’s fimilair with the fact that Android sizes grows, app sizes grows and CPU usage. That’s caused by higher Neede like grahpical games and because new programming languages are easier to program, but takes more CPU/GB. A example:now we have fortnite which takes gb’ s and 20 years ago a app was one mb

It used to be paper and pencil when I was young and could take weeks to send a letter to my girl friend or mum from a ship in the Indian Ocean.

Pictures on celluloid, with silver nitrate adhered by glue from animal bones.

Still then you need to launch fp4. Much old people want banking apps and they ask new Android versions. And still you want new hardware to run the same banking apps. But to note: Already people have problems with the low CPU so I think FP choise the middleway

I am one of those old people. I don’t use banking apps, as I don’t trust them. The same as I have /e (eelo) on my phone. And on my computer my OS is Linux.

Yes I’m well past my sell by date but run my own server from solar panels on a raspberry pi, but a banking app that’s obscene and unsanitary.

It’s so good to be old and be able to do and say what I like.

My only ‘fear’ is that the FP4 doesn’t have a earphone jack, and that’s about as sad as my future looks, not a future at all just a bad apple, and I’ll still bite into it.

I think this questions misses the view of this who don’t own a FP jet and totaly the view of a healthy business.

People who don’t own a FP jet, usually won’t buy a 3 year old phone just because its fair. So there needs to be an frequently upgrade of the hardware - either through modules or new devices.

And how should Fairphone survive with just selling a bigger amount of devices every 3 years. How should they keep a healthy business model? Even though, they don’t wont to float the marked with unnecessary devices, they need to stay attractive for customers.

And can’t see whats wrong with bringing a new device after more than a year.
They do not stop supporting the older devices neither through software nor through spare parts.

They do not stop supporting the older devices neither through software nor through spare parts.

Generally I think you have the same ideas as I do but there a number of disgruntled FP2 users who have only had the phone maybe for just over two years and can’t find a replacement bottom module for example.

And should is a bit heavy.

There is a question as to why people have a problem, but I think that is well documented

Because it doesn’t match the Fairphone philosophy. And the company ain’t big enough to support five or more different devices. They are struggeling already to maintain two phones at the moment.

The FP2 is from 2015. So finding some replacements today for sure is hard. But I think thats not theanswere of my question. The replacement parts are gone for a while (arn’t they)? So the FP4 isn’t directly causing those misses.
I totally get a frustration, if you buy a phone with repairability in minds and than than you are not able to find spare parts.
FP should developed and communicate a better supply for that.
BUT that can’t and shouldn’t stop FP developing new generation devices. If it would, that would surely end up in an unhealthy business model.

So being frustrated on missing spareparts: totaly understandable

Being frustrated on FP bringing new devices: don’t see it.

And as the FP 4 launches, the promissed 5 year support of the FP2 is overdue - so they just need to support two devices again.

Secondly they growed over the last years and the devices are for sure a little better to maintain, than devices from 2015. So that may get better.

And thirdly there are rumors (I know rumors no facts) that they increase the partnership with e/ that would lower the development capacity.

Im total they are a “young” company so I wouldn’t take reference to their second ever phone that much, as they learned through theat.

And as the FP 4 launches, the promissed 5 year support of the FP2 is overdue - so they just need to support two devices again.

You were proposing to release a new model every year. That makes five different models to be serviced in five years.

Because it doesn’t match the Fairphone philosophy. And the company ain’t big enough to support five or more different devices. They are struggeling already to maintain two phones at the moment.

The above is a perfectly good answer to your question

I have no problem with a new phone every year. The poor support, due to a number of things like human resources, spare parts and OS updates and the quality of the phone are concerns, but ethics override those concerns.

So I get why people see the FP4 as an overindulgence, but I see the need for Fairphone to make money.

Each point of view is not just relevant but also true.
The sun shines on some people some of the time and for some it’s often cloudy, both are true.

I have no demand that the sun shines or that Fairphone should or should not issue a new FP4, that’s just the climate I and they survive in, or not.

That is what you need on this moment in time o have a healthy business, maybe 2 years but not more. You present this also as a problem which you can’t overcome which can I am sure. The people which don’t have a Fairphone has not a direct feeling with the goals of Fairphone, to expand the business and make the impact bigger they should fulfill slightly different wishes of the potential buyers.

But then, they try to be nothing else but just another bread and butter manufacturer of smartphones. In my opinion it’s part of the ‘fair’ strategy not to generate the feeling of a ‘must have’ every year or second year.