While I voted for the development of an Open Source OS like Firefox here, I’d originally wanted to ask about Windows 8 (or 9 or 10 for that matter). Would it be possible to let the user/buyer choose, which OS he or she wants? I’d quite like a Windows Fairphone … Then again, if FF or the like were GOOD options, I’m sure I’d like them, too, or prefer them. I’m just not too happy with Android.

While I voted for the development of an Open Source OS like Firefox here, I’d originally wanted to ask about Windows 8 (or 9 or 10 for that matter). Would it be possible to let the user/buyer choose, which OS he or she wants? I’d quite like a Windows Fairphone … Then again, if FF or the like were GOOD options, I’m sure I’d like them, too, or prefer them. I’m just not too happy with Android.

Theoretically speaking, yes it’s possible. For the existing FairPhone (FP1/FP1U) it’s nearly impossible. For future FairPhones, we’ll have to see if they allow other OSes to be installed, but even if it does, Windows is not a likely option because it’s a proprietary platform.

While booting windows and linux in parallel is no problem on desktop PCs, it’s much harder on phones. Windows on phones requires a special proprietary boot loader and has limitations on the hardware which can be used. So this would boil down to designing a Windows phone (with all the hardware requirements and limitations) where you’ll have the choice to run linux on it. You would have more choice regarding hardware if you choose a x86 based solution instead of ARM, but still, windows would dictate the hardware to be used - so you will get one additionally choice in OS and loose all choices regarding hardware (how many different windows phone platforms are our there - only ONE AFAIK, based on a Snapdragon design). So essentially, IMO, you can delete Windows from the OS choice. Maybe in the future, you can use a hw emulator running on the phone OS which emulates the hw Windows requires if you really want it. You can run a desktop x86 windows on your phone already today using an x86 emulator.

Good to hear that (and thanks for the link). I guess I was only asking about Windows because I’m familiar with it. I’ve only just heard about Sailfish. On their homepage Sailfishos.org it pretty much looks like Windows. Nice. In the process, I stumbled upon Geekphone. They say with that you can switch between OS. I suppose that should be nice for a future Fairphone. 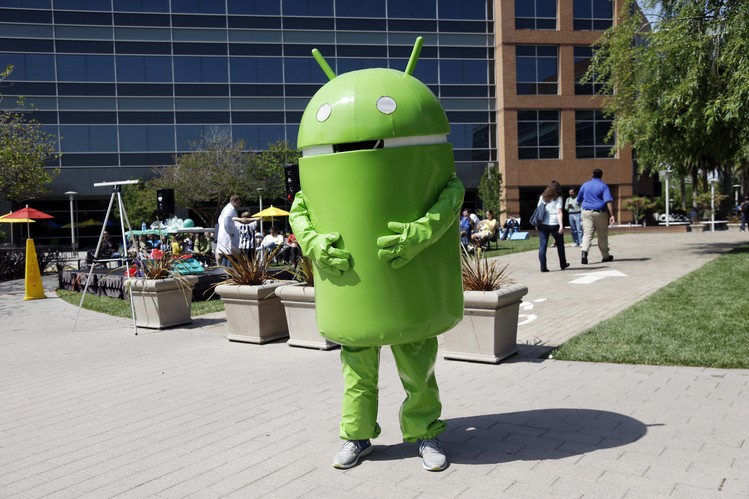 Google appears to no longer be fixing security flaws in the oldest versions of its smartphone Internet browser.

Also see the discussion over there, about Google not patching a security vulnerability of the Android base.

As for Firefox OS, I guess there’s no point in putting too much effort into it right now, given how little widespread it it right now. However, supporting CyanogenMod on FF seems to be a rather interesting approach - it’s made for rooted devices and offers interesting features only available in the most recent versions of Google’s stock android.

I voted for following the development with Google not lightheartedly but 'cause the Fairphone should be a long living device, it makes sense not to invest doubly in softworks. The very moment, Google will not support the Fairphone hardware any longer, it’s the time to switch to an other OS-supplier. Right now we have a rooted system already.

Any one has considered or tried Tizen OS on FP?

Does anyone have the experience launching Tizen OS on FP? Would it be possible at all?

It still misses essential apps for many, for example good Offline Maps,
WhatsApp (i hate them for not providing and API like Telegram does!) and
more. For, local transport with DB Navigator and Mobile Tickets is one
of the thinks i would miss.

I guess that’s a chicken and egg problem. More users from markets where these apps are getting used the more likely it is that they are getting build for the platform. Mozilla’s disadvantage here is clearly a monetarian one. They can’t afford to pay app developers to pay shit loads to get these apps into “their” eco system like the other big ones are doing it.

The most important thing is really to have open drivers for all components. This would make it a lot easier to switch to whatever OS the owner wishes. As for the stock OS, I would prefer Replicant OS, as this is 100% open source. It is a fork of CyanogenMod (which in turn is a fork of Android), so android apps would be compatible. The stock app “store” should be F-droid, which is exclusively open source apps. Practical apps to be preinstalled on shipment could be OsmAnd (open street maps), VLC media player and depending on time of production, LibreOffice will probably release android versions in the near future.

The argument that using Google’s Android is the safest bet is not very good. A truly community driven open source project (which Android is not), is much safer, because they will not discontinue support for a device based on whether it’s profitable.

i would love ubuntu as the OS. i hate google!! unfortunately there is no phone yet with ubuntu running, as far as i know canonical wants to release one at the end of this year. it will be a difficult decision for me whether to get a fairphone or one running ubuntu, but im tending to getting any phone running ubuntu rather than even the best phone (FP2

Whenever Ubuntu will be available for Fairphones I will switch to it.

My 5yo (smart)phone has just died, and in the process of looking for a decent replacement that would both have 4G and be running Firefox OS —nothing like this is yet for sale in France where I live— I stumbled across this project.
Didn’t know it existed, I couldn’t care less about phone hardware

Now I’m set on using a used dumbphone till FP2 is out no matter the OS, to me it’s just the right thing to do right now. BUT if this future product ran Firefox OS that would make it perfect to me. If it’s really too much of a step, a good tutorial on how to safely install it oneself would be fine by me.

I care about hardware well enough before I have the need to acquire some, no more no less, then I learn to be happy with what I’ve bought, because I should.
Anything I purchase, I do some homework on before coughing up the cash so I don’t regret anything about it (or as little as could be), and with hopes it’ll last as long as possible. Same for software, I learn what I need to learn to use something so it does it the way I like it. I learnt to install and maintain an Archlinux system, I suppose I could dive in the process of installing a phone’s OS if it can be done relatively simply too.
But then again if I could avoid that altogether that would save me (possibly) a lot of time I’d rather spend playing music or reading or sleeping.

I want to not use Android because I think Google is way, way too fat a company already. Remember how everything is owned and done by one business in Wall-E, that movie about Earth people who trashed the planet so bad they had to leave it. Well to me Google could well be that. They’re efficient, I don’t believe they’re altogether evil (some friends think I’m wrong here…), but I’m very, very uncomfortable on how reliant on them we already are. Web browsing, Youtube, maps, telephone… What’s next, breathing ? Well they did try seeing…

I like to do things the way I like them, not the way everybody likes. If my way is everybody’s, good. I like breathing, so do you, breathing is open to everybody, everybody’s happy with it. Same for using the alphabet, no patent here.
If my way is not everybody’s, I do what I have to do, and given I stick to my principles and I have something to say about it, sometimes it appeals to people. I’ve converted plenty of non-computer-savvy people to using Linux, they couldn’t be happier. These people in turn converted a few others… My point is, if something makes sense, people will come to it.
That’s why I strongly believe that using an open phone OS should not scare us away, it should make us proud we could be the ones that really helped it take off.

When I started using Linux I had dependency problems, installing wifi drivers was a pain and to have my screen display its full resolution involved my learning some weird syntax in some weird config files. But it did what I wanted to eventually. Today I’m using Steam to play recent video games in effing Linux ; to the user I was in the beginning this is tantamount to walking on the moon. A user base has to start somewhere, and my experience proved it to me that you can be part of a something that grows into something big enough for it to do even what you didn’t even hope it could ever do.

Fairphone makes sense to me, and using an OS that’s
1/ not from Google, Apple, Microsoft, Facebook
2/ open
makes sense to me. Both in the same machine would just make things right to me.
Thank you for hearing me out.

Welcome to the forum, why don’t you introduce yourself?

If you are interested in FFOS for FP1 you should visit this page. It deals with the current device (FP1), but maybe you can still provide support.

Hi Stefan,
Thanks for that

Will do the introduction thing.

About FFOS in FP1, I’m afraid I can’t be of much help, I’m not a dev at all, and I don’t own the phone… But I’ve bookmarked your link, I may come back to it once I own the FP2, if FFOS is not a priority on that one either I might get involved. I’m sorry about the selfishness that this represents, but I would do this only if I am directly concerned —I work quite a bit and I’d really rather spend my free time with friends and playing the guitar than learning the tech to fiddle with phones OSs… Sounds interesting and fun, but very time consuming too

Yes, it is time consuming and I understand your concerns. It’s always a big threshold for me to overcome before sitting down and spending another evening learning more about this stuff…

To my opinion Fairphone should focus on its primary goal: enriching the market with a fair produced smartphone for everyone. And the next goal should be to increase this success - to make it popular to own a fair produced smartphone. I am afraid, this cannot be achieved if such a phone operates with an hardly known OS. There are a lot of people you don’t stick too much to a specific smartphone model or company but who “love” their apps or even feel to depend on them (e. g. Whatsapp).

But what about using an “open-sourced” and “de-googled” Android OS? This could probably a good way to come to a compromise, couldn’ it?

(By the way, I wonder if there are any attempts to build an OS that is capable of Android apps without being Android.)

(By the way, I wonder if there are any attempts to build an OS that is capable of Android apps without being Android.)