Charger for an second Battery

Would it be possible for Fairphone to sell a Separate Charger only for a second battery. That it would be possible to just change the Batteries and the Phone is on full charge again.

Like Samsung did it back in the Day with the Samsung Galaxy S5. 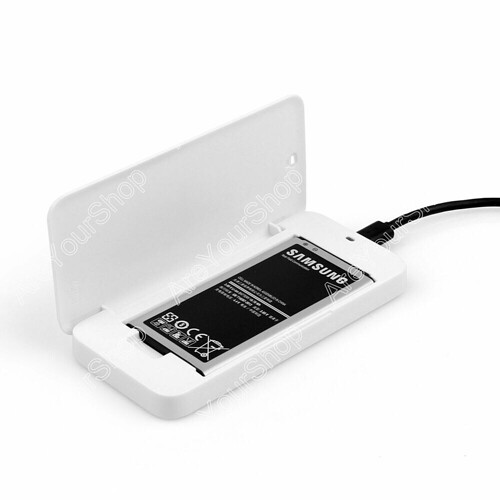 Would it be possible for Fairphone to sell a Separate Charger

You may like to ask Fairphone, this is only a user forum. However as above - not enough demand to be economically or environmentally sustainable.

You can always buy a second phone for that, which will also be usefull for phone malfunction analysis and spare parts.

There are universal smartphone battery chargers all over the internet now, which can do what you want. Depending on which Fairphone’s battery we are talking about you would have to have a look at the contact width of the charger fitting the contact slots of the battery (e.g. the slots on the Fairphone 3 battery are rather on the narrow side and need rather slim contacts on the charger to fit).

That it would be possible to just change the Batteries and the Phone is on full charge again.

You can always buy a second phone for that

Which would be financially and environmentally even less sustainable than an external charger. You are buying additional parts (which consumed resources for producing them) with your money and do not use them.

I doubt there would ever be an official external charger, but as others have pointed out (and on other threads), there are already plenty of options on the market. In theory they shouldn’t use too many conflict minerals, so I’m not sure the advantage to a FP version would be that great.

I know but was for my daughter and she couldn’t handle it, and she dropped it in the toilet, so thought I’d just keep it. It works fine, I just don’t use it

But waste is in the eye of the beholder, it is not a real integer and I would argue hardly rational, maybe irrational but almost certainly imaginary.

This (a universal battery charger, not necessarily one produed by Fairphone) is actually equipment that would be quite useful for a Fairphone Angel heaven in my eyes (ideally it would fit all four Fairphone battery types). Bottom modules have been out of stock (or even discontinued) time and again, and in such situations, a universal charger is worth gold.