Lots of talk about cases (which are not necessary) but not talk about screen protectors - has anyone heard of a company who is going to produce screen films for the FP2? I’d really like my screen protected from day 1…

Got mine for the FP2 via amazon from http://www.display-schutzfolien.de/. But as we all know if they fit I can tell You after XMas.
Cheers

Got mine for the FP2 via amazon from http://www.display-schutzfolien.de/. But as we all know if they fit I can tell You after XMas.Cheers

Are you two sure these are the correct screen protectors? As far as I understand, the shops mistakenly sell the protectors as made for the FP2 but what they really mean is the FP 1U. It even says Fairphone 2 (2014) which means they can not mean the actual Fairphone 2…

What I can tell for sure: they won’t fit on a FP1 and the cutouts can fit the FP2. So we will see…

Here the original link from amazon:

I wrote to the German pendant schutzfolien24.de and informed them about their mistake. Now they changed the description to FP 1U. They said they will add foils for the FP2 to their shop as soon as possible.

So to make it clear: The previously mentioned Foils DO NOT FIT for the FP2. That was a mistake by the foil resellers/manufacturers.

Oh noooo! I have to return mine

I still want something to have my Fairphone in.
Alot of people say i dont need a case or anything, but i would still like one!
I think it looks good, i think it is a good place to have creditcards, notes, what ever.
im thinking about something like this or this. The point is that i want something to have it in…
Now that the phone is out there, does anyone now what would fit the phone ?
And is Fairphone making a fair “wallet case” or simular ? Maybe they could talk to the companies that already make a fair product, so it could be made to the fairphone spesifications. maybe with a logo too…

Has anyone found a screen protector yet that they can recommend?

I found these but I haven’t bought one yet: http://www.protectionfilms24.com/products/screen-protectors/article-selection.html?geraeteklasse=105&marke=Fairphone&modell=28985

If you search a Fairphone 2 case with recyceled materials maybe this is interesting for you:

Feuerwear bags and accessories made out of recycled fire hose which are as unique as your lifestyle. 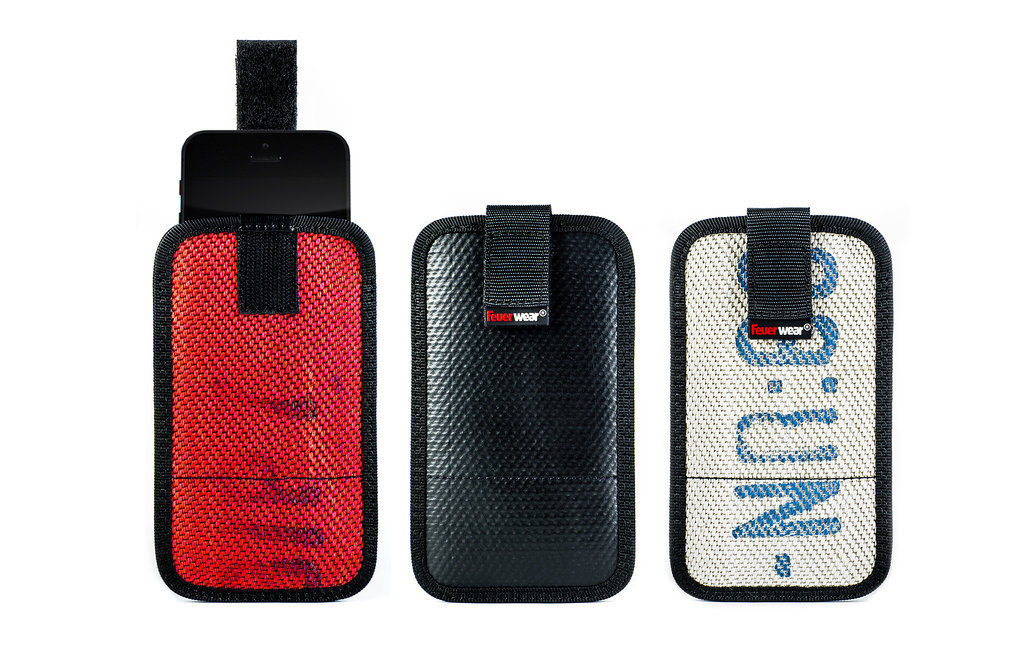 Hi there, I had the chance to try feuerwear cases in a shop and here’s the result:
Mitch 6 fits perfectly for the FP2. it’s tight, true, but I guess this is the way it should be. Mitch 10 is very large. the phone won’t fall out, but lots of bumping around in the case.

Thanks for pointing me to this brand, the design is really good and product quality looks very long-lasting and convincing. Thumbs up for feuerwear!

by the way, now there are 3M vikuiti protection foils for FP2: http://schutzfolien24.de/produkte/displayschutzfolien/geraeteauswahl.html?geraeteklasse=105&marke=Fairphone&modell=28985
I ordered the ADQC27 and it fits.

Mitch 6 fits perfectly for the FP2. it’s tight, true, but I guess this is the way it should be. Mitch 10 is very large. the phone won’t fall out, but lots of bumping around in the case.

Thanks for finding out. My local fair trade shop stopped ordering Feuerwear cases as phone sizes keep on changing, leaving the store with unsellable sleeves, so they decided they wont order anymore and I could not test them as I had promised.

Won’t buy a sleeve myself though, the Fairphone 2 is not as big as I feared, it fits perfectly in a (male) trouser pocket.

I added a remark to the wiki, as I ordered a mapbagrag custom size with specification of fp2’s dimensions. I’m very happy with it, fits perfectly

I added a remark to the wiki, as I ordered a mapbagrag custom size with specification of fp2’s dimensions. I’m very happy with it, fits perfectly

Now that’s interesting. I had emailed Mapbagrag about custom sleeves for the FP2 and they said they expect the phone will likely not slide in and out smoothly, or indeed get stuck on the interior material because of the rubber rim. So this is not an issue after all?

Incidentally (and since you mention the flip in the wiki post), I find the pictures on their website a bit confusing. I understand the magnetic flap doubles as a pull tab to remove the phone from the sleeve. But then it looks like it’s sewn to one side and just, well, flips over to the other and around the top of the phone with no way to pull it out. How does that actually work?

No, it’s not. After my order someone from the company even phoned me and stated his worries, and said, if it does not work they will exchange it. But I think this works very well. The case is not too tight, but the phone does not fit too loosely, either. It slides in and with a pull easily slides out again… I like it. And it’s a fun case, considering it’s some kind of paper

Hm, well cheers for pioneering the flip. I might just get one myself after all.

I was wondering if anyone had some great sites whereas to find a tempered glass screen protector? I know there are several well cut foiles, but I’m really on the lookout for a 9H ‘glass’ protection precisely cut for the Fairphone.

Anyone got an idea?

My girlfriend also had the same problem and I found this for her. Hope it helps. http://www.amazon.co.uk/DISAGU-protector-Fairphone-fracture-protection/dp/B00PJSXP0A