You might ask a #fairphoneangel to assist you with flashing, if there’s one near you…

I wonder if or when updates for CalyxOS for FP4 are/will be available, On their website more than a month ago they said "next week. I’m a bit unsure - is that update still out and my FP4 did not get it? I recently installed netguard in whitelist mode - but I think this should not be a problem, because systemupdate is whitelisted.

Looks like a misplaced query, isn’t this better directed to Calyx ??

Just moved your question to this general Calyx topic, maybe someone has some insights

Isn’t this a user community here? I know there are some people using CalyxOS here - is it really “misplaced” to ask other users if they know something? What else is this forum for? I tried to find some infos in the CalyxOS Matrix channel - but I did not get along with this - one big thread for everything? Did not find any information on updates for FP4.

“Better directed to Calyx”? Do you really think it makes sense that every user directs questions like this to the developer? I think they have better things to do.

I won’t complain if nobody answers my question here, but I don’t like the “misplaced” answer.

What version have you installed? I think latest beta release is

Here is a link to the latest 3.7.2 version , it’s only almost released that’s probably why there hasn’t been a blog post about it yet. I’ve been running it for a few days already and so far no issues.

From what I can tell from their Matrix channel (yeah I hate the one-threaded-ness too), the team has been doing crunch time to get the first release for the Pixel 6a out, that’s probably why it hasn’t been moved to stable yet.
I’ve been using it for quite some time now without problems, you can safely switch to that beta if you want to. 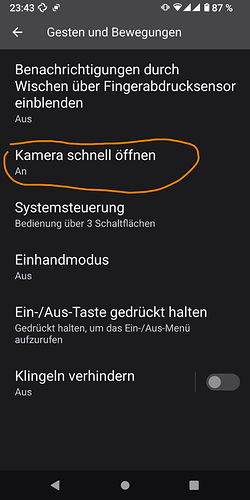