Building Ubuntu Touch for the Fairphone 2

Given development of Ubuntu Touch on the FP2 seems to be stalled on ubports.com since mid-july I wanted to give it a try. It’s not been easy but after a day or two of tinkering and with the help of this thread I managed to complete the build process (I’ll publish the detailed step-by-step of what I did when I get some time), and now I want to try it out.

The git repo for my manifest (given ubports doesn’t have one for the fp2) is here : https://github.com/fp2ut/android

That said, I have strictly no experience in flashing Ubuntu Touch to a device (I’ve flashed a lot of custom roms, and tinkered with the system partition of android but that’s basically it). From this webpage I understand I must fastboot boot into Ubuntu recovery, then use rootstock_touch_install to flash the zip file I downloaded here (although I doubt I will successfully flash Yakety Yak, but why not).

Does anyone have any idea or tip on whether what I am planning to do is the right thing to do ? Do I need to do anything more ?

Have a nice day !

So if you want to clone and try building it,

You’ll need to unpack the blobs found at code.fairphone.com in the working tree however. You can get the original ubports repos for device/fairphone_devices, device/qcom, and kernel by replacing remote="fp2ut" by remote="ubp" everywhere in the downloaded manifest then repo sync.

I am unable to help you, but I have read your comment about your successful make on ubports earlier today, and I am really curious what will happen… (Too bad that the devs from ubports communicate not at all atm…)

But I suppose, you have read that already…

As a matter of fact I did not, thanks for the link !

After flashing the files correctly Ubuntu seems to boot but I have no user interface for now (the same happens when I flash the “official” Ubuntu Touch release from mariogrip, so there’s that)

I would say: if you can’t solve this, you have to ask for advice in as many places as possible, including making a bug report on Ubports Github account. On Github, it is mentioned that the Ubport-Wiki has been updated a few days ago. So, there seems to be at least some activity. And Marius Gripsgard himself has shown (in July, I guess) that he has a FP2 running pretty good, even with convergence. Another idea, in case you do not know this: 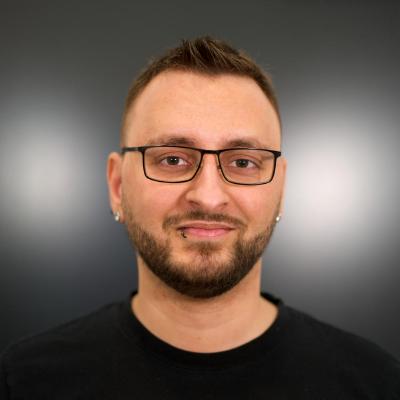 But FP2 does not work atm with this tool, it seems… Maybe even, one could ask there, if there is any development, f.i. how soon this tool will work for Ubuntu Touch on FP2…

Hi,
I am not sure that it has really stalled. Maybe it is just a complete denial of communication? There is a stable image from 20th of September, and every weekday there are (most probably automatically built) rc-proposed images on system-image.ubports.com. I tried the stable image from July, but as there was no support for SIM in the image and no support by the developers at all, I decided to give up and go with Sailfish OS. (rc-proposed and the other images even didn’t properly install or boot.) Nevertheless, I am still interested in Ubuntu, but I am not in a position to break my daily driver. If anyone is willing to try, I am very interested and if it works, I might try it as well

Or maybe I’m wrong about this and it has really stalled. I filed a bug on September 1st about the issue not being able to access the SIM card, but it is still classified as new and still isn’t assigned to any developer.

There is a stable image from 20th of September, and every weekday there are (most probably automatically built) rc-proposed images on system-image.ubports.com

These are indeed automatic builds. The last updates on FP2’s device and kernel configurations occurred respectively on 2 sept. and 31 aug 2016 (on branch upb-5.1).

That’s a caveat of assigning so many phones to so few people I guess.

If you do not see UI then it is probably a crash in EGL. Try to replace gralloc.msm8974.so and hwcomposer.msm8974.so in your image from ubports one and check if it can boot. My FP2 hardware is in transit so I can’t test myself.

The problem probably happened because we use newer qcom sources than ones being used in the ubports build, I guess.

And thanks for sharing the repo manifest at github.

Did you say that build from ubports do not boot to UI either? Hm, officially UI works there: https://devices.ubports.com/#/FP2

If so then UI became broken the same as in our local builds… I’ll test as soon as get FP2 hardware on hands.

Thanks for your posts, since I had issues on the Ubuntu Touch build I decided to work on Cyanogenmod’s port to get a grasp of how all of this works (and there’s progress ! See the Cyanogenmod thread if you feel like it

). I’ve not attempted a Ubuntu Touch build for a week now, but I intend on getting on to it whenever I get some time.

On the issue of UI I’ll try replacing as you said. I feel like there’s something off in the way I flash my phone though given even official builds don’t work.