As i said, its hard to see on the photos, but if you look on the fp you see it. All the time.
I handed the phone around everyone agreed to send it back.

To me, this seems like a manufacturing problem (except it’s something similar to @paulakreuzer’s chemicals guess) and in this case this should definitely fall under warranty, i.e. you’d get a replacement screen (or your screen will be repaired, if possible). Anyway, let’s see what support says.

I assume that your macbook doesn’t have a Gorilla 3 glass, like the FP2, which should be prone to Chloride.

I found a better picture via google. Its brighter, but looks the similar. They said it might be a pressure mark. But the gorilla glass should prevent stuff like this.

Support did not answer yet. 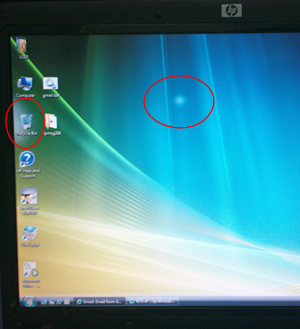 I’ve the very same issue, with brand new phone. I’ve already opened a ticket but… the wait times are too long.

I Hope that isn’t necessary a total RMA.

I was just about to post something similar. I encountered the same problem with 3 white spots
on the display. They are visible the best if you have a white or light gray
background.

The first time I thought its some touch marks but cleaning the display is not a solution.

It is difficult to get it on a picture but I think the last one with high contrast makes it
very easy to identify. I have not yet contacted support, but I guess this can
only result in a screen exchange.

(btw: the image Upload is not realy working for me) 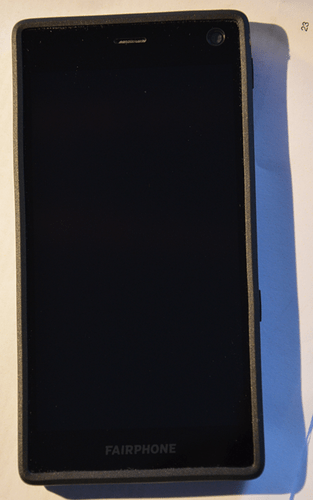 I have a tablet computer with similar bright spots, but mine are rather aligned with a certain pattern, so it looks like there is some kind of mechanical pressure or such that causes them to appear… So my guess is that your phone has experienced some mechanical pressure somehow.

could be, the pressure must be from the production process somehow. So far, the phone has never fallen down or put under “unusual” conditions.

Hi everyone,
I’ve been experiencing the same problem for about 3 weeks (got my phone beginning of January).
White smears have appeared in 3 places on the display, actually roughly the same as @GeoSchnitz as seen on the photo (hope it shows). The one shown by @Zwetschke also seems to be in a similar location (bottom left).
My phone hasn’t been exposed to chemicals or undue pressure.
The fact that these smears seem to appear in the same places on different phones indicates, in my opinion, a manufacturing problem.
Anyway, I’m filing a ticket and hope I might get a replacement screen (that’s what a modular phone is about, eh? 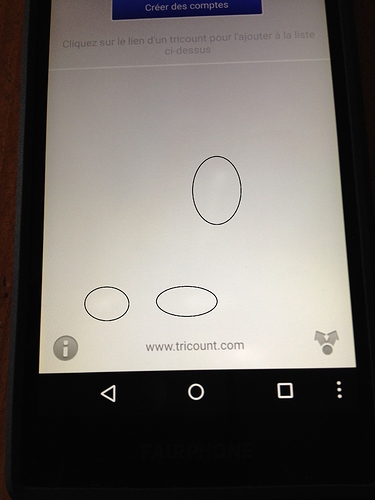 Funny, I’ve got this too! At the same are (lower left “corner”. I didn’t actually think about it before, but when I read this topic I made a closed look and found a bright spot at the same position. But mine is way less bright. Does anyone else have this spot at this specific position. May be some mechanical problem at that area? What is behind the screen on the lower left corner?

Good question, but in this case it looks like a manufacturing problem. I will fill a ticket as well.
I can’t see what is behind the screen at this point, I never removed the screen yet as it is very stiff togehter.

Behind the screen is the battery, so maybe one of you should see if your battery is bloated. But I also don’t think that whatever caused this came from inside the phone but from outside.

Hi same problem here - opened a ticket 5 days ago, not heard anything

Has anyone got a reply yet? 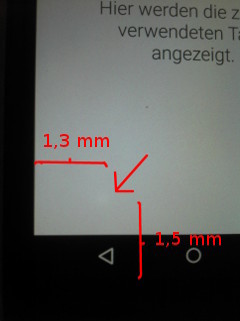 I have a simillar bright spot in the lower left corner. In consideration of the fact that many spots seems to be at the same position, I suppose the reason of this spot is an manufaction error.
Before I read this post I thought the reason of the spot at my display was a fingerprint I leave on the anti glare protective foil I hardly put on the display. The spot on my display is only little visible. It does not annoy me that much.
I receive my fairphone at december the 29th and do not want to miss it for only one day.
But the fairphone-team have to improve the testing of the supply they get from the manufacturer. May be they have got a bad batch of displays.

I received mine Dec the 30th. Therefore, this could fit together with @avonrepus "batch of displays”. As well, I again tried to remove the screen today to see what is behind. It’s not at all possible to remove the screen. It seems like the screen and phone is under a lot of pressure holding both components together. This could as well be one of the basic issues.

Not sure what to do as well, as do not want to miss the phone in the moment. Would be good to get some feedback from support what they think about these manufacturing problems.

Hi,
To remove the display you need to slide it to the bottom after unlocking it. It is a bit hard the first time but it does come eventually.
I had a message from support yesterday saying they’re sending me a new display.
They say it’s a known issue, so I imagine anyone with this problem should be able to have an exchange.
Anyway, I’m pleased I don’t have to send the whole phone back! Thumbs up for the modular design!

Hi. I’m experiencing the same problem with three bright spots on the display in the same place as others. I’ve contacted support and am hopeful that they will be able to send me a replacement as well.

Edit: That’s the visible spot. I just played around with the Curves in Photoshop and it seems like there’s another one in the center of the screen, though that one is not visible to the naked eye. 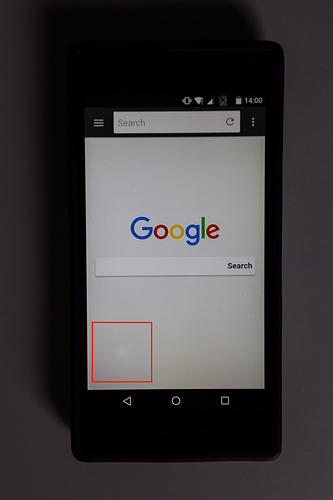