Is that the usage thread of LineageOS 14.1 with OTA updates for FP2?
In that case how is your battery life?
I can’t go for more than 12 to 14 hours at average use and greenify installed. 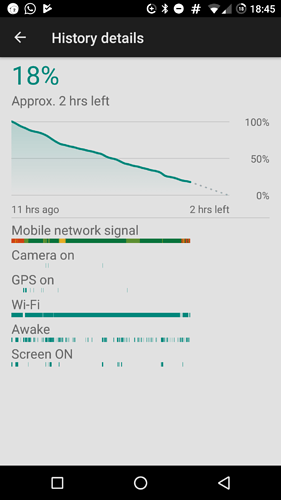 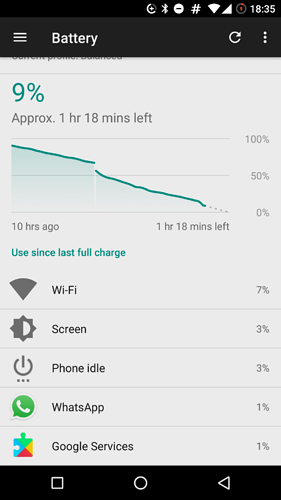 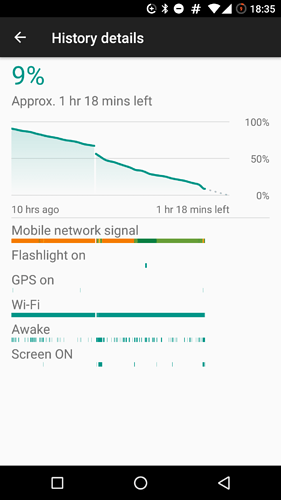 Your phone is awake a lot, although you don’t have your screen on a lot. That’s a sign for busy background processes. I think that Greenify could even make things worse as it kills cached processes that have to be loaded into RAM again when they do something, IIRC.

to my knowledge Greenify hibernates background task as well to make sure the phone stays in deep sleep as long as possible.
What would be a proper tool to analyze the reason why it’s awake a lot?

You could try BBS, as described here: #wakelock .

Did you read this thread about Wifi drains the phone?

This is a #wiki post, please help improve it if you have any further information. Issue description: After upgrading to Android 6 some users experience an increased battery drain. For some this goes away after a few days. If it stays and either Wifi or Google Maps show as the main culprit in the battery stats then you suffer the issue described in this topic. Solutions/Workarounds/Tips: Fairphone Bug Status: Rejected This issue was reported as Issue #16 in the official bug tracker, bu…


Specialy the link in the first post from TomsHardware Guide recomend to change some settings to services which could drain battery as for you phone with wifi constantly running.
PackElend August 21, 2017, 3:56pm #6

I updated the modem file and now run on BASEBAND VERSION 4436.1-FP2-0-04 but without any improvement. I did some test this weekend and it’s seems it’s related to having a network signal.
As I put the phone in flight mode it would have run for more than a day and even as I switched back to non flight mode overall run time was around 22h. As I restarted the phone without any restriction it was back to 14h, even a good network signal doesn’t improves it.
The post How to fix Android Marshmallow Wifi Battery Drain may help but location service is hardly active.
I’ve installed BBS and will do some more test in regard of wifi and network signal. 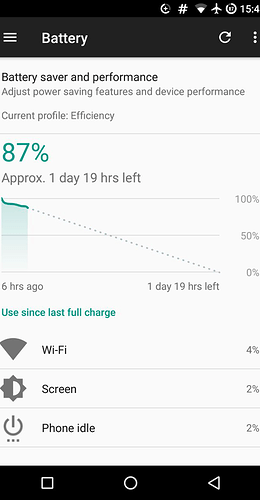 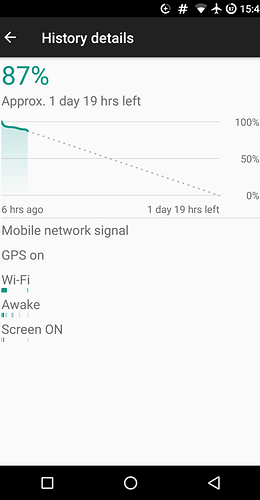 flight mode off for 5h 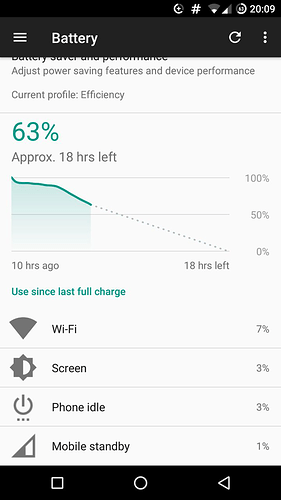 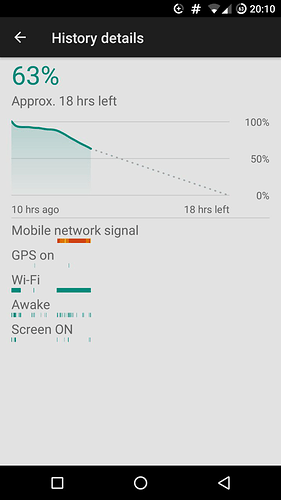 flight mode off for 8h 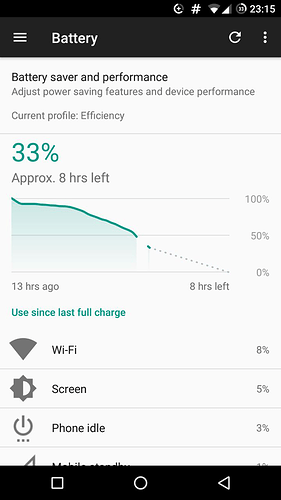 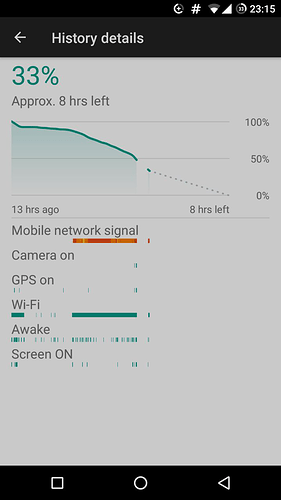 good network signal but no improvment 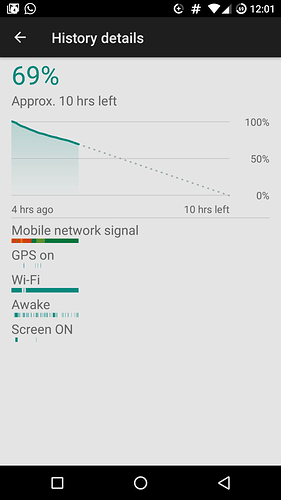 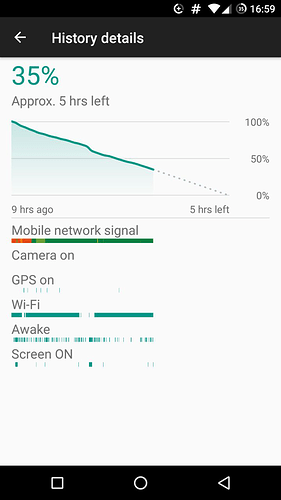 Have you set “keep wifi on during sleep” to never and disabled “wifi scanning”?

There have been some changes to the wifi driver in the repo’s, so I’ve made a new build. I’m going to test this release to see if the battery life improves.

If anybody want’s to join: flash the test build manually through TWRP.
Please share experiences here. I’ve already verified the zip boots.
If the battery life improves I’ll push this release through OTA.

I’m in, because of: Using LineageOS on the FP2

So, the testrelease didn’t solve anything. I’m now reverting to older releases to check where the drain appeared.

At least the wifi issue i solved now with changing the options from always active to inactive when in sleeping mode.

But still battery is down after ~10-12 hours if not used tooo intensively… Maybe thats normal?!

Actually, i have the impression it’s even worse. After 2 days running, the phone gets markedly hotter in standard usage pattern

for me is the same. about 10-12 hours with regular usage. I have also felt it a bit hot sometimes.Also I think it is taking quite long to charge the battery.

Even if the Wi-fi setup improves the battery. it must be something else that is taking the battery. It’s not realistic to think that wi-Fi can only be active when the screen is unlocked. is it like that with the Fairphone OS? i dont think so.

In my recollection the battery life was better at some point; but it could also that, as people say, this is a android 6+ issue. I’ve just never noticed it being so extreme.

Still searching for any clues… Recording active cores and frequencies shows more cores active running at higher frequencies after 36 hours. This explains why people feel the phone is warmer after some time… Still I can’t nail the reason, except for some cpu governor quirks.
Checked running processes after 10 minutes, no real clues also… Maybe, just maybe, some kernel relevant processes popped up:

Update: finally I think i can trace this back: ufwall, with log enabled, spawns shell processes that try to read from dmesg. Dmesg is empty though (?), and these processed stay and use cpu. After killing those processes and disabling the logging out looks like cpu frequencies and usage is down to normal

My conclusion is that using data saving will save a lot of battery with wifi (even active during sleep on) or with data network. In both cases it lasted about 18h-20h.

Edit: however is strange how much is Awake in the 2nd setup. But it doesnt seem to have impact in the battery usage

Thanks for the tip with data saving mode. I also had the impression that switching off the mobile data of my second sim had an impact on battery.

But still the major problem that I also have at the moment is that after a while of using CPU gets more and more hot even though there are no special apps or so running. At the moment my CPU is quite hot while just using Firefox nothing else… 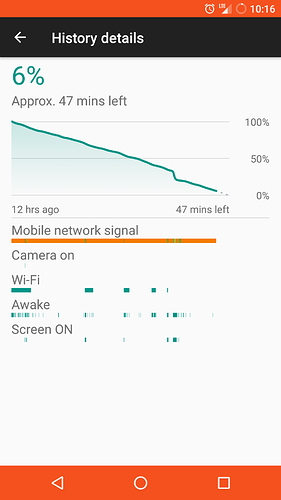 This one is without data saving.

First using WiFi with sleep mode never then I changed to always and it didnt make any difference and the last part was using only data network, no big difference either.

The phone is not always awake, even less time than using data saving but the battery is drained at higher rate.

Looks like the 20170803-release does not have this behavior. Could somebody else flash this one and check as well to confirm (make twrp backup first!).

Then it’s related to the new blobs that we’re introduced in the building to support the new hardware.

After some more observation, I have the impression, that battery drains quickly when “mobile network signal” is yellow, orange or red… could this be a reason (btw. what do the colours mean?)?

Or is it maybe just a general problem of FP2 as the issues of “hot cpu and battery drain” are also reported for other OS?