took out both sims and the sd card, will keep on trying.

Then maybe your power button is stuck.
Have you tried without the cover yet?

yes, all this is done while the phone is naked.
paper on the bottom of the battery to make sure its connected
next ill try is removing the bottom module.

If nothing else helps I only have 2 tips left:

done. when i start it into any boot mode, it goes back to blinking mode and the loading screen again.

no angels in thailand…

taking the bottom module apart, cleaning it and putting it back together didnt help either.
i will now connect it to my power bank and put both into the fridge to see if temperature is an issue

new observation;
my powerbank lights up when power is drawn from it.

I will be travelling southeast asia until the end of january. I might order a new bottom module, but where to? I am not at one place for long at any time… FP doesnt even deliver spare parts to Thailand/Cambodia or Vietnam

You could also try to load the battery not in the phone, but with an external charger.
I got me this one , pretty cheap and does the job if needed.
It’s a generic China piece being sold under different brand names all over the internet.

… I think they sell universal external chargers (with adjustable contacts to fit different batteries) in shops all over the world, too. And buying locally takes care of power socket design and voltage.

thank you. i will see if i can find such a device in maehong son where i am atm.

Found a charger in Cambodia. I can now charge one battery while loading the other one. It takes about 7 hours and stops charging at 85 - 93%.

Sometimes Fairphone shuts down because of “No battery”. The charger then shows its at 50% capacity still. After 3 hours it stops charging. Back in the FP it shows its at 93% again. 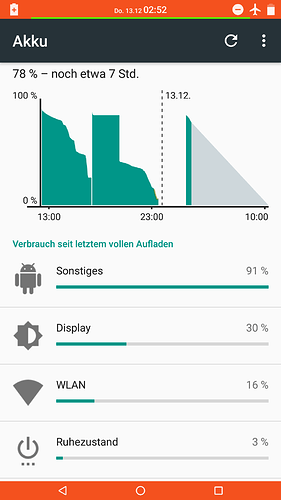 Note: “Random / Sonstige” now is at 91% although I am in essence doing a battery reset as described in the #batteryguide.

Fun fact:
Each random reboot “costs” about 5 - 10% battery life (see the steep drops in the screenshot above).

After a busy day visiting Palaces, Museums, ex prisons and tasty BBQ with friends, the Battery was well used down. Understandable, as we used GPS and many apps to get around.

In the night, with just 7% battery left, I ordered a Tuktuk with PassApp (great stuff btw.). During the ride, my FP used up all but 1% of the battery. After I arrived at the hotel, I went up to my room to take out the battery and put it onto the universal charger. “Last check for new Telegram messages and the phone surely will shut down”, I thought.

Looking at the screen with amazement, I realized the battery had gone up to 40%, and then stabilized at 32%. So to find out if this was true, I watched some YouTube Videos for an hour or so until the the battery finally died 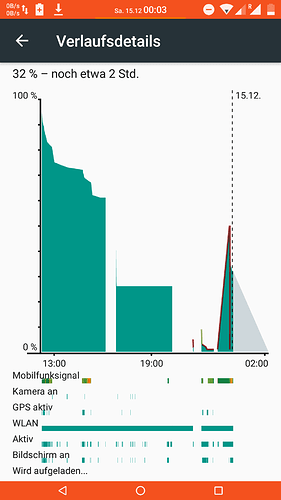 The “Wrong charging status” section in the #batteryguide describes a battery reset, which might help with that.

Yup, I’ll do that as soon as I get a new bottom module.

I ordered a new Bottom Module to Switzerland and my friends who met me in my travels brought it to Vietnam where I am now. Exchanged it, and everything is now back to normal.

Thanks for all the help