I love the way it’s possible to have two active sim cards at the same time, but am starting to realise it can be confusing for other people when responses are sent from another number than the one they contacted. Therefore I was hoping there was a way to automatically respond from the number the original text was sent from, is that the case? To explain more clearly: I just received a message to my private number and responded directly, but then saw that the response was sent from my work number (as it is the default). To me, it would make more sense if the sim card used to respond to a message is automatically the one that received the original message. I hope this is clear enough! I have now changed to “always ask” which sim card to use, but that seems like an unnecessary hassle.

You can use “Go sms”. It doesn’t exactly help in the way you discribe, but it gives you the chance to choose between sims on each text you sent (you have to select the correct SIM when sending the text, as opposed to answer that question AFTER you clicked “SENT”).

There is allready a thread about this, more or less: Linking contact to SIM

You can do what @Taxicletter taxicletter describes without the need to install any other apps.

When you are on the Dialler or Messenging app, simply pull down the navigation bar at the top of the screen and you’ll be able to set your phone to ask first - so you can then choose on each text or call which SIM rather than it happening automatically.

I do agree with @kristina as I think would be really helpful functionality. I’ve sent texts from the wrong number on multiple occassions, even when I’ve had to select the right SIM oops!!

I’m not a fan of extra apps and I’m not a fan of Go SMS (nothing wrong with it, but it’s for children, with themes and all that kind of stuff). But I like I just have to push ONE button, for sending AND selecting the sim. 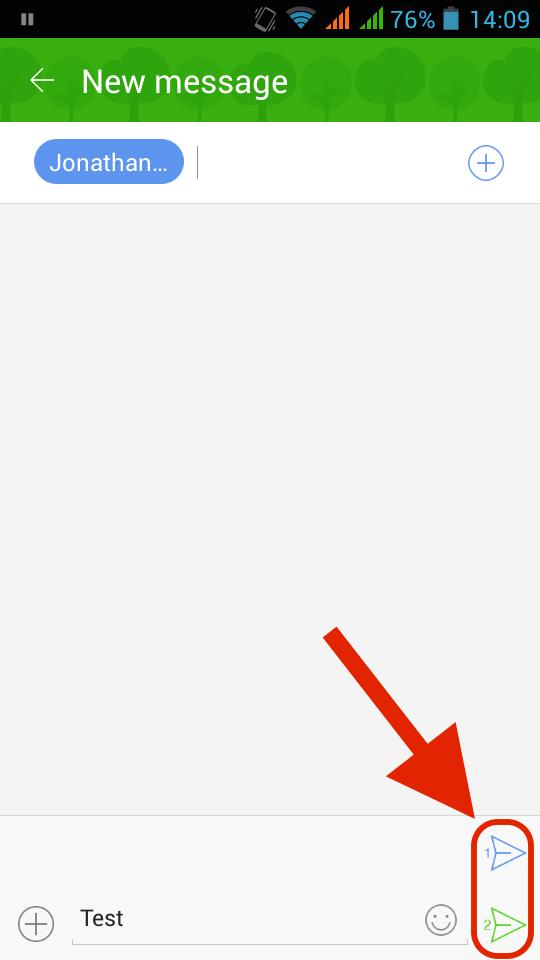 Oh, and I asked the makers of a few SMS-apps, and it seems to be impossible to assign contacts to sims for text-messages, due to safety issues (Dual SIM and TMK offer sim-assignment to contact, but not for sms).

I do get you, but you don’t have to pull down the menu from the top all the time. If you set it to ‘Always ask’ on the menu, then when you try to send a message a popup menu appears to select the right SIM - so it’s really quite similar to what you’re saying

Thanks everyone for the suggestions! I’ve downloaded Go SMS and thinks it’s much better, even though not quite as good as automatically connecting numbers to sim cards. I realised that when the new message first appears in Go SMS and you respond directly in the pop-up window you don’t even have to select the sim - it picks the previous one automatically. So definitely an improvement!

This topic is now closed. New replies are no longer allowed. If you are still having issue, write a moderator to have the topic reopened.