Belgian owners might come up with the same problem.

My internet, phone and digital TV provider have an app called triiing. With WiFi you can call with the fixed line tarives using the app. In weekends and after 4pm that’s free the first 2000 mins.
I had the previous version of the app that worked fine. Until the update. I delete the app for a while thinking it was an app conflict.
This week I downloaded again. I log in on their system but don’t get a code SMS to validate.
Called the costumer support. Offcourse they didn’t hear about Fairphone. They said because the phone was bought on the internet in the Netherlands it gives problems in Belgium. No idea why. His solution was to root the phone. He said to look it up on the internet how to do it for my FP1. I checked the forum and there someone answered that FP1’s are rooted by default. Is this correct?
If so why do some cleaning apps still ask for root access?
Does any of the FP1 owners had the same or similar problem with an app that needs to sent a SMS?

To be clear my phone and wifi works fine. Other apps that sent me an automatically generated code trough SMS, I received them.

Or shall I call the costumer support again and challenge them? I still have enough free minutes left on my landline

Yes, FP1 is rooted.
This of course does not mean root-access for every app. But you can grant that access, do you

I would challenge customer support, as it seems really weird, that just those SMS don’t go through. But maybe someone else here has an explanation.

I wouldn’t trust “cleaning apps”. Of course they would need root if they want to clean something, but you don’t need such apps. Android itself can take care of staying clean. In the worst case a malicious app interecepts your SMS.

Thanks for the answer Bert.
Ok so there is a difference between rooted and root access. That explains alot.
If I understand correctly and the costumer support is right. I have to give the app root access so they can sent me the code by SMS?

How do I give it root access? I am not familiar with it.

If an app wants root access, it asks for it: 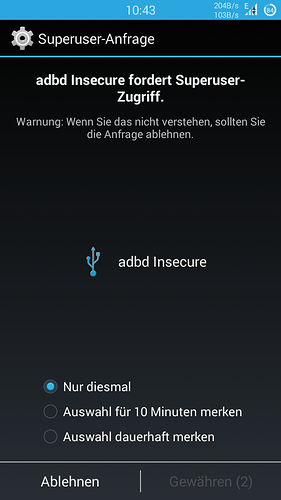 In Settings > Superuser you can see which apps have root (=superuser) access.