We are still working hard on releasing Android 7 to you, and know that we have promised it in the past for September already. We are really sorry that we have not been able to release it yet, but we don’t have good news — It’s still taking a little bit longer.

After in depth testing, we discovered that some users are experiencing a bug with the latest build of Android 7 (release candidate), which we need to fix before releasing it to everyone. For very few affected users, recovery mode may not function properly. While this does not have any effects on the functionality of the device and won’t be noticed while using the phone, it means that the phone cannot perform further updates. We are working to fix this issue as soon as possible.

Since this is the first time an update to Android 7 is being done for this particular chipset (Snapdragon 801) that Fairphone 2 is using, working on it takes longer and estimating an exact timeline has proven difficult. We will still release Android 7 and are not far from it, but we want to make sure the experience is good for everyone. This is why we need to take the time to fix this critical issue.

We will update you as soon as possible with an expected date for the release. If you subscribe to our newsletter, you will always be up to date with all our developments: Newsletter Opt-in - Fairphone 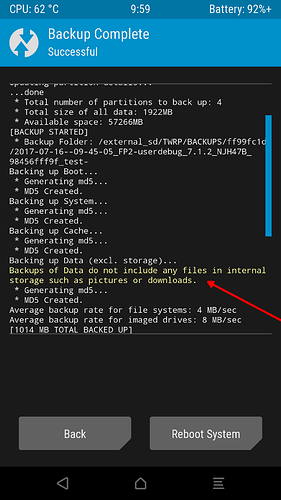