And ends in 8 months…

Indeed… maybe we will see a beta around end of december.

To have wishes is always easy, but to work hard and keep going on a movement is not that easy.
Some time I get rid of all the very important wishes some fans have. I’m sure, the fairphone crew gives all their energy and time they have to work on. But hopefully they have holidays as well otherwise the working conditions in China are better than for the crew in the Netherlands…

Easy answer too, but you are right

However, there is not only wishes. The community is also waiting for some concrete improvements to contribute to the software developement and/or port others OS to the FP2 (and be authorized to share legally compiled builds).

Helping the communnity could be the more quick and efficient way to have a good build of Marshmallow for the FP2.

For example, here is a list of ideas :
Ideas for http://code.fairphone.com/ (Future)

New year’s eve is also in the second half of 2016. They did not commit to have it ready in July! At least this Twitter post clearly says that they are working on it. However I personally don’t see this as a priority when the hardware itself is failing in so many ways…

My fear is that Fairphone release Marshmallow when other manufacturers will release Android N.

My disappointment in there still not other community-based roms (like Cyanogenmod) available (lake of community supporting? legal reasons because proprietary blob?).

I’m convinced that obsolecence begin with outdated software. This is already the case.

My disappointment in there still not other community-based roms (like Cyanogenmod) available (lake of community supporting? legal reasons because proprietary blob?).

I don’t really see a point in complaining about missing community projects, because … well, they are community projects. It’s not automatic that a new device gets cyanogenmod support (or at least an unofficial version). You’ll need an FP2 user able and willing to port cyanogenmod to the FP2 and from my point of view it’s rather random when this will happen and more or less a game of luck.

Well, I guess it might be possible they enough people would like to see cm so much that this would not be too expensive… but I also think the problem with the blob’s license will be a problem. The greater one, most probably

I’m not sure if Fairphone gave a clear Statement about Android Updates in the past , but today they tweetet this on their official Account.

Yes, the Fairphone 2 will be upgraded to future Android releases

But they didn’t told when it will happen…

Edit: There are some Replies

That’s great news. How about FP1 though?

The FP1 will not be upgraded to a new major release. But we are working on a point update: 4.4

the FP2 will be upgraded to Android 6 or higher?

We’re working to get more information and will let you know as soon as we do. ^ds

Also for your alternative, open OS?

it would Have been nice if that was More clear at release date. Now I bought a Sony…

We weren’t able to make that promise. If we had promised and couldn’t have done it, the disappointment would’ve been bigger…

I’m convinced that obsolecence begin with outdated software. This is already the case.

I think the FP2 does not need the newest Android version instantly. In my opinion, the old Android version will only be a problem if there are open security holes or incompatibilities (app or accessory does not work with Android version on FP2, but with a newer version, for example Bluetooth LE which requires at least Android 4.3).

I’ll second that! As much as I want fast updates to new major releases, the version now is up to date and is getting (official Google) updates.

But when I bought this phone, I was well were aware - given their company size - that new updates take time, but will be stable (ignoring all beginning bugs that will surely be fixed over time). In an earlier blog post, it was pretty clear that a sustainable phone is one whose software will be up to date for a long time - so I think they are well aware and will update this phone for a long time.

"Fairphone’s high-level ambition for our phones’ software is to bring more fairness to software. To us, that means focusing on the following key principles: transparency, longevity and ownership. Transparency is about building trust with our community. Longevity means keeping the software up-to-date and secure long after the product was sold (…)" 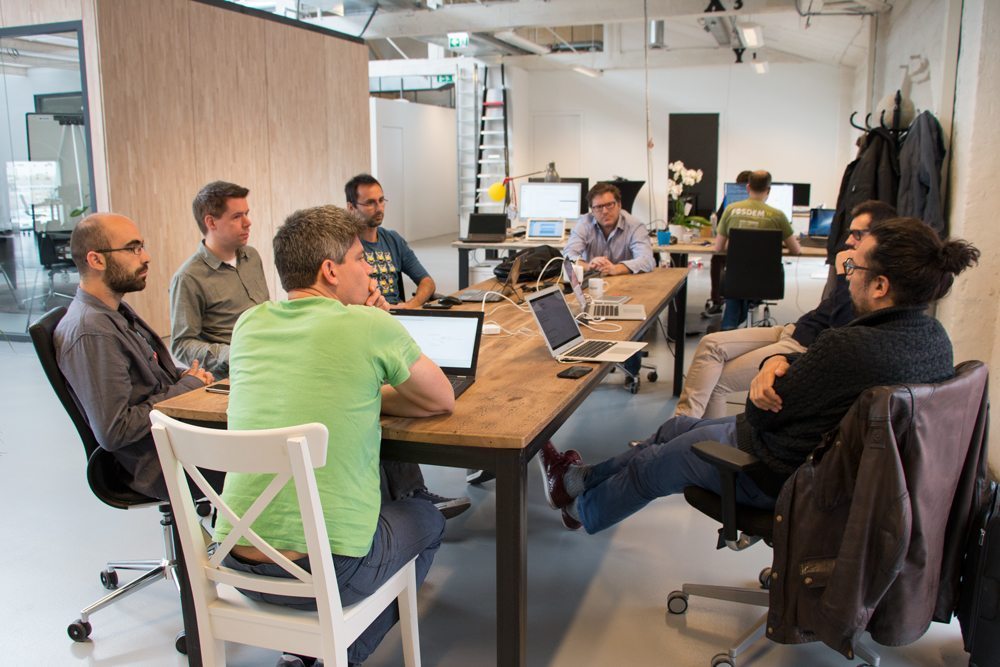 Opening up Fairphone to the community: Open source Fairphone 2 - Fairphone

What operating system fits Fairphone? In this post, I’d like to explain Fairphone’s next step to fairer software, discussing how we’re working to give our community more control of the Fairphone 2. As I discussed in my previous blog, Fairphone has a...

One thing is the IF, the other thing the WHEN ;). If Android N is ready will FP2 still behind one ore two major releases?

Android 7 comes with tons of changes. The will also include a “fix” for the broken update system called “seamless update” that does not really sound like a fix at all.

Good thing is: It sounds like dual boot is possible. This could be used for something useful instead.

Will you update the FP2 to android 6.0.1 which will have a better performance.
If you do it I will think to buy it really seriously.
Gabriel

They say The Phone should last 5 years but sells with an obsolete software from The start and no promises of updates? Seems legit… Perhaps for mom and pops users

If I had a fp1 from last year with Android 4 and no major updates coming i’d probably be looking for a new Phone by now. Sure, easy screen replacements are Nice but almost any other cheap mainstream Phone should be more future proof / longlived as long as You dont drop your phones on The ground on a monthly basis

To keep the Fairphone fair, I am sure Fairphone will come with a solution if security is compromised.
If I wanted a phone with the latest version as soon as it is there, then I have to buy a new phone all the time.
Now I have a Fairphone and if it is possible to get a upgrade to a new version, I am not convinced now that I will upgrade. There have been updates and there will be updates, so that’s fair to me.

Being an FP1 user who upgraded to the unofficial KitKat, and now a FP2 user with Lollipop, I have to say I would prefer to have KitKat on FP2, because given the number of missing features I see on Lollipop compared to KitKat, I barely consider it an upgrade…so for this reason I’m not so breathless waiting for Marshmallow or 7…