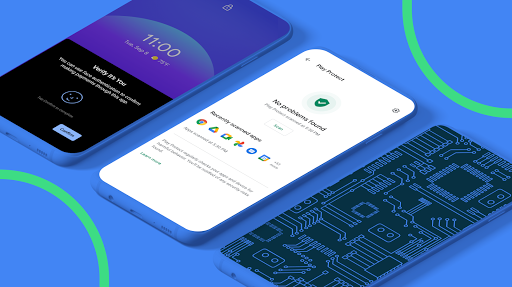 Android protects your privacy and security with encryption, app permissions, safe browsing and other features to keep your data secure from malware attacks and mobile threats.

None of the custom ROMs ship with Google Play Services (which that’s part of) and it’s unlikely that works with microG.

So the answer is probably: no

It’s not bad either, everything can be done without… my experience

But in this case it’s probably not relevant that everything works without it, if the company has a policy that requires its use you’ll need to have it.

in that case, yes. agree
But then, a custom ROM like iodè, calyx, /e/, etc is not the best choice.
Better to choose one with GAPPS

(in iodé it is possible to choose to use it without microG and install GAPPS afterwards. Not tested, but should be possible. if it makes sense, or not)

There is effectivly no other choice than stock FPOS if one needs fully supported real Play Services, nobody ships GApps by default and flashing it afterwards will not let you lock the bootloader (and is a method always prone to failure).

I can tell you from experience that if you use your phone for work, it’s likely the work apps will stop working if they notice the OS isn’t stock. Unfortunately.

I know, I’ve tried already before I bought the FP4. I wanted to use my Pixel 3 with a custom ROM. But couldn’t lock my bootloader with that one.

If you want to test microG compatibility of your apps with a locked bootloader, CalyxOS still supports it for a few more months.

Like Graphene only Android security updates, but no support for sandboxed real Google Play Services they have.

Since Graphene isn’t available for the FP4, that’s not an option anyway …

Interesting, but firmware updates are just as important. Those may also contain security updates.

Indeed, but I’d say the firmware is less likely to be targeted than the software.

Another thing to consider is that Qualcomm gives 3 years of support for their chips. The Qualcomm SM7225 in the FP4 is 2 years old, so in a year the Fairphone 4 will also stop getting firmware updates.

If you check the CVEs these can be e.g. Bluetooth or WiFi vulnerabilities. Those can be remotely exploited if Murphy’s law is in effect. They are important as well, also graphical and sound drivers can be vulnerable, but locally exploited. And indeed, FP has this issue as well for their “long term support”.

Of course it’s always risky not to have patched Firmware, I’m just saying the risk in my opinion is lower than unpatched software. At least in practice.

I’m not terribly worried about 2G/3G/4G hacks, and besides, GrapheneOS has a 4G only mode that should kill most of those hacks from working
I’m not terribly worried about WiFi hacks, as I only ever use my WiFi at home or at work
I am slightly more worried about a Bluetooth hack, as I have it enabled when I go for walks with my wireless headphones (Thanks for killing the headphone jack, Fairphone!)
When it comes to graphical and sound drivers I have no real opinion on the subject, as I’ve never once considered those possibilities to be honest.

For comparison, I’m a lot more worried that an app I’ve installed uses a CVE to do weird stuff with my phone, or that I browse onto a website that uses a zero click. And when it comes to that GrapheneOS is second to none on cellphones.

If you monitor the monthly updates and then the Qualcomm added security stuff, you may change your mind.

I actively try not to monitor stuff like that. I feel it gives me nothing but anxiety