Will we see each other via Skype?

Yes! Wasn’t that supposed to be a suprise?

This is buried here for a reason…

No, not really a surprise because in the OP it says “If everything works out, we will have a live shout out to Amsterdam.”

I need to push this, with all the unexpected mail traffic!

It’s over and we could welcome some people we had met before.

Even Eugen, who went to the first meetup ever, came to the anniversary. Since the Metalab, we were at, is a hacker space, there were a lot of other people seeing us and some even sat down to get cake or just chat with us. Throughout the evening we had 10 people at the table altogether, some coming later, some leaving early.
It was also nice to get to talk to @Douwe for some moments via Skype and wish the Fairphone Team a Merry Christmas. Pro info for followers of the Austrian Fairphoners: Delivery definitely starts on Monday!*

Here are three impressions of our 1st anniversary meetup: 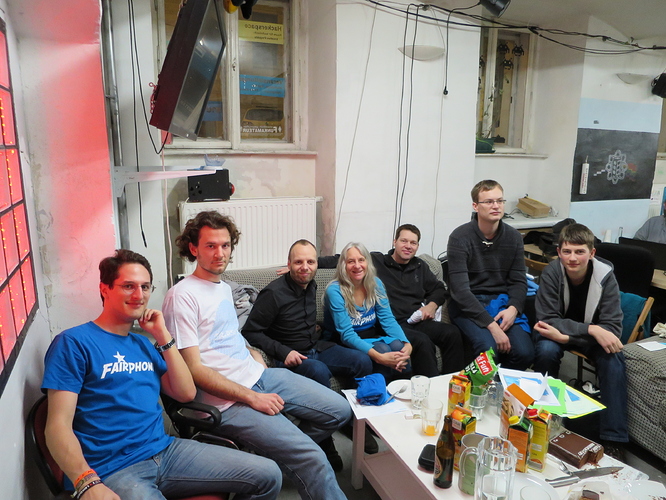 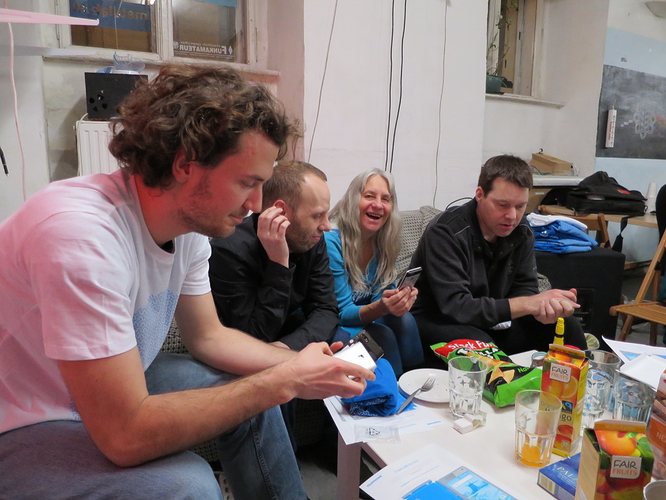 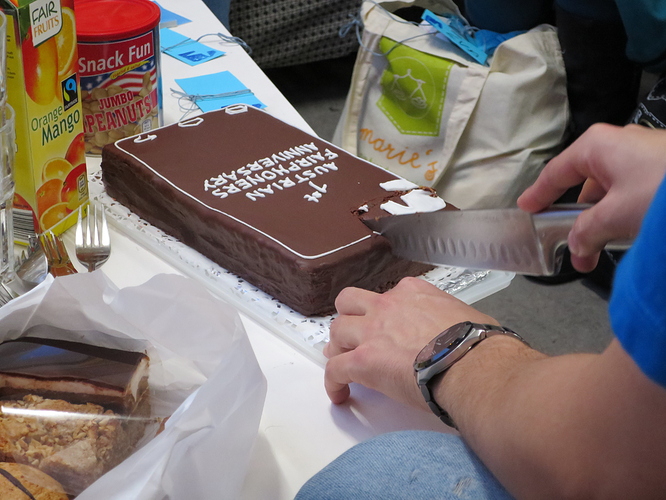 PS: Thank you @Douwe for sending us new T-Shirts (even blue with white screws

: At least 3 Austrian Forum members have their FP2 already: @rainer_zufall, @Benedikt & me. Hope everyone else who ordered one won’t have to wait much longer.

We’ll meet up on 9.1. at 19:00 at yamm! in Vienna. If there’s something to stream / another meetup in Europe, we’ll happily get in contact, but if not, nothing happens. We’ll just have a nice dinner together and that’s it. Of course with the new FP2s!

3 Likes
Discussion about the Fairphoners address book
next page →