A Smartphone "Made in Germany" (factory in Bocholt) / A chance for Fairphone as well?

Doesn’t take away anything from the interesting approach, though.

While I for my part feel ambiguous about it (I regard myself as primarily an ecologist), I think it is very unlikely that Fairphone would move their production to Europe. It would require Fairphone to completely re-define their original understanding of fair trade. It would already have been possible to manufacture the Fairphone and source its preceding raw materials in more “developed” countries (e. g. Australia, “Rheingold” from Germany) in 2013. Going to/staying in the DRC was always a deliberate decision in order to not simply give up on Congo altogether as the major smartphone companies did following the Dodd Frank Act of 2010. And while we only recently learned how hard it is to improve anything in the assembly in China, I don’t think it would make Fairphone reverse its founding idea and manufacture in Europe.

As I said, it’s not necessarily my own prioritization, but let’s keep in mind that fairtrade is Fairphone’s clearly declared primary goal, ecology secondary. It’s called Fairphone, not Greenphone.

One positive thing I see here - 6000 units/week mainly manufactured with robots?
Surely a good place for Elon Musk to take some lesson about a well operating automated assembly line…

(Seriously, I know it´s hard, but no one can succeed in all. Looking at the short period of time for the roadster, Model S/X of course it is just a matter of time until Model 3 will get pumped out in higher quantities. He´s a billionaire who built up/runs several companies. Best example SpaceX setting up one milestone after the next not even Nasa was capable to achieve within 60 years, so what…
Many business men out there are not even capable to run one company properly.)

I just recently expressed my opinion about the “made in Germany” label.
It hasn´t changed meanwhile - I honestly think it is overrated.
I know how very often business goals are set in German companies (I have worked for different here). Maximum win with least expenses (sometimes even accepting underpay and exploitation DHL/Post). Meanwhile we have reached a level were even non-functional/permitted products are sold with high wins (e.g. German diesel cars). Absolutely unacceptable for me!

No product for me. (actually I don´t put much effort into differing between Gigaset and Siemens as I don´t know how independent and different the business structures are). The name Siemens for my experience is way too much associated with scandals about corruption and regularly disputes going on.
Globalization wasn´t my idea, so far I am totally fine with my Panasonic communication solution and my FP2.

I think this would not be a good deal here for FP. FP is still growing, small and flexible. Gigaset was nearly bankrupt and is now held by a Chinese investor (Pan Sutong). This proves how capable the management seems to be.

Looking at the faith of Qimonda, BenQ. Fujitsu Siemens I would not have too much trust in a long term partnership. All mentioned here were somehow “touched” by the major Siemens company.
And we want FP to have a long run, don´t we? Let alone keep fair conditions also for workers which excludes Siemens and splits in ethical and social concerns so far. Google is full of facts about it.

I’m wondering where the resources for that phone come from. And I’m wondering if it is repairable. Will it have software support for years to come? What is a 179€ phone good for if it fails after 2 years? Made in Germany doesn’t mean anything for the mine workers and it’s not even ecological if you buy a German smartphone every two years.

PS: From a philosophical perspective: Is this really innovation?

As products become more and more similar in terms of technology and looks, surviving in the market depends increasingly on new unique selling points.

With the GS185, the German telecommunications pioneer is demonstrating not only its ability to reinvent itself, but also its innovative spirit.

To me, modularity is innovation, but labelling something differently and calling it “innovative spirit” doesn’t feel right. The industry 4.0 production might be innovative, but the product is the same “in terms of technology and looks” as every other smartphone.

but also its innovative spirit.

I think this expression is to be understood as innovative spirit like returning back from manufacturing abroad, “Made in Germany” labeling (automated

), touching it (evaluated as 60% of added value).
After all, even not so positive things always has to be moved into a positive light here in Germany.
WE (Fairphone users) know how innovation actually looks, feels, works, and sounds.
So there isn´t much new to be expected from here in Germany.

Again this shows, even having lots of examples of top-notch devices, anyway we start somewhere below the carpet and nevertheless hope for decent sells.

Looks like the management hasn´t yet learned its lesson.

No product for me.

Obviously I did not mean to discuss the Gigaset GS185, as it is in no way a competition for Fairphone.
On the homepage of Gigaset themselves I found no reference to human, simple and fair.
They are advertising the phone with the slogan “Made in Germany” though.

@urs_lesse
I was thinking along the same line, that’s why I have my doubts as well.
On the other hand, in my opinion there is a difference between mining in Congo and assembly lines in China. While there’s a military conflict in one country and the need to really support the people from a humanitarian point of view to start with. The other country is a leading economy doing production for countries worldwide at low prices, having destroid factories worldwide this way.
Therefore not producing in China doesn’t seem to be to bad a move to me.

I think this expression is to be understood as innovative spirit like returning back from manufacturing abroad, “made in Germany” labeling (automated

That may be true. On the other hand, the design is done in Germany as well and that does include the circuit board and probably the program-development for the robots as well.
Of course the label does not necessaryly imply a higher quality, as all manufacturers in China and Taiwan etc. are proving for quite a while, that they are capable of high-quality products as well.

The name Siemens for my experience is way too much associated with scandals about corruption and regularly disputes going on.

Quite correct. I just would guess, that you are really challenged trying to find a business partner for phone production without any issues.
And I am not sure, if Gigaset still is a part of Siemens.
Their "Declaration of Conformity with the Sustainability Code at least is kind of promising. (Deutsch: "Entprechenserklärung zum Deutschen Nachhaltigkeitskodex.

Finally some thoughts about a "cooperation2 between FP and Gigaset

Don’t know, if that’s in any way realistic of course.

On the homepage of Gigaset themselves I found no reference to human, simple and fair .

Their slogan is “human, simple, fair”

Offtopic: Aaah, the old “X. Y. Z.”-standby of German slogans. Ever notice that it’s a very common practice there?

I very well understood, that it’s a slogan of spusu. And I took a look, if that claim is shared by Gigaset and found no reference on their homepage.

So, how exactly does the slogan of an Austrian TelCo-provider make it a claim of Gigaset?

And let’s be fair ourselves: It’s a claim on behalf of their own service, not with regard to all of their products being produced fair, ecofriendly and socially responsible. I wish it would, though.

And just as an add on;
If I ask you to please define “fair”, you will come up with just your own definition. That might be shared by a whole lot of people, but many others could disagree.
I remember discussions to that regard in this forum concerning FP1.
Fairness …
for customers with regard to …
open source software
or repairability
or support treatment

or for workers in mines and factories

or for delivery personnel

That would be good it will be the best quality phone produced if that happened I think.

Read again, @BertG. Spusu, who claims to be fair, sells Gigaset, which is unfair, by commonly agreed upon factors (Made in Germany doesn’t make a phone fair.)

We don’t disagree about the fairness of the Gigaset phone.
What I mean to point out is

(Btw.: My posting was in no way meant to discuss the phone made in Germany; but to start a discussion or rather hear opinions about FP going that way as well; i.e. producing in Germany or the EU.)

And they really are. No contract commitment, no hidden costs whatsoever, great customer service, great coverage and super cheap.
I don’t know, maybe they have to get their power from slave kids running in hamster wheels to be able to afford all this, but at least to the customer they are really fair.

Btw.: My posting was in no way meant to discuss the phone made in Germany; but to start a discussion or rather hear opinions about FP going that way as well; i.e. producing in Germany or the EU.

I don’t think Fairphone would ever do that. They want to fight the big issues where they exist, not avoid them by going somewhere else.

I didn’t. I was criticizing “fair” Spusu for selling an unfair phone.

As this topic seems to be of interest again, I just searched for some more information and found it to be a topic covered by the press quite extensive. The next one are a selection only (sorry all German only):
Very thorough report and factory-visit: 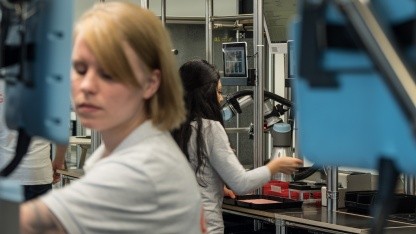 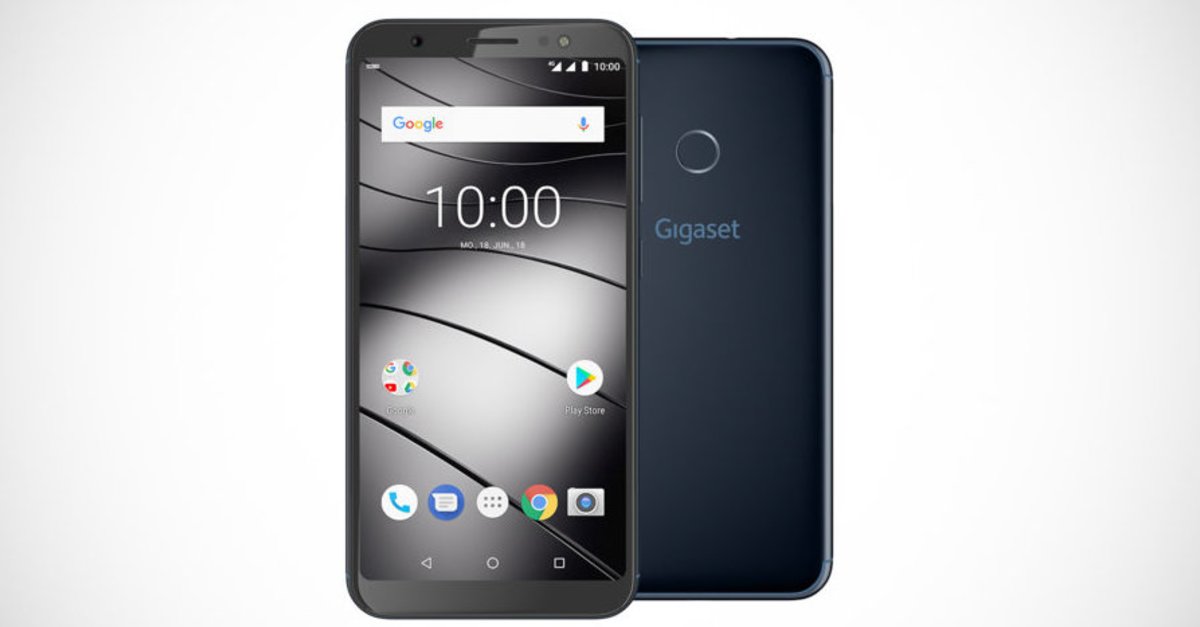 Made in Bocholt: Dieses Gigaset-Smartphone wird in Deutschland produziert

Wie in Bocholt Smartphones "Made in Germany" gebaut werden