Same problem here. I tried “reset app preferences” on the “draw over apps” screen and now other apps don’t work.

i had the same problem with you guys, my whatsapp cant use the camera feature because of ‘screen overlay’ issue, it cant grant the permission needed no matter how many times i turn off/on the settings to draw over other apps.

after i uninstalled ES File Explorer, it works. everything is fine now

Ok, the solution is not to bother about the overlay message. To solve the issue, every time you get the overlay message for an app, do next: dismiss all messages and exit the app, then go to the list of installed apps which is located in your phone settings, and search for the app that needs the permissions, select it and then open its permissions section, there grant all it’s required permissions manually.

Keep in mind: This is not a bug, but a security feature. An app using an overlay could trick you into grating a permission without you noticing. This is the reason for this warning.

Not working for me at all. After toggling the apps my Whatsapp will not all permission.
Anyone using a fairphone 2 been successful?

Still not working and getting the same error message

Dear community,
Has anybody encountered this little techical issue: when trying to install any app and after allowing the app “to access photos, media, and files on your device” this message pops up (as per screenshot):
“Screen overlay detected: to change…”
Then, I go to settings (as per screenshot indication) but am not really sure of what exactly I should do / where to go!

How to “turn off the screen overlay” as requested??
Thanks a lot in advance!!

PS: for a bit of context: I have just installed OpenGApps, so maybe that altered a bit my system. But overall it’s working splendidly!! 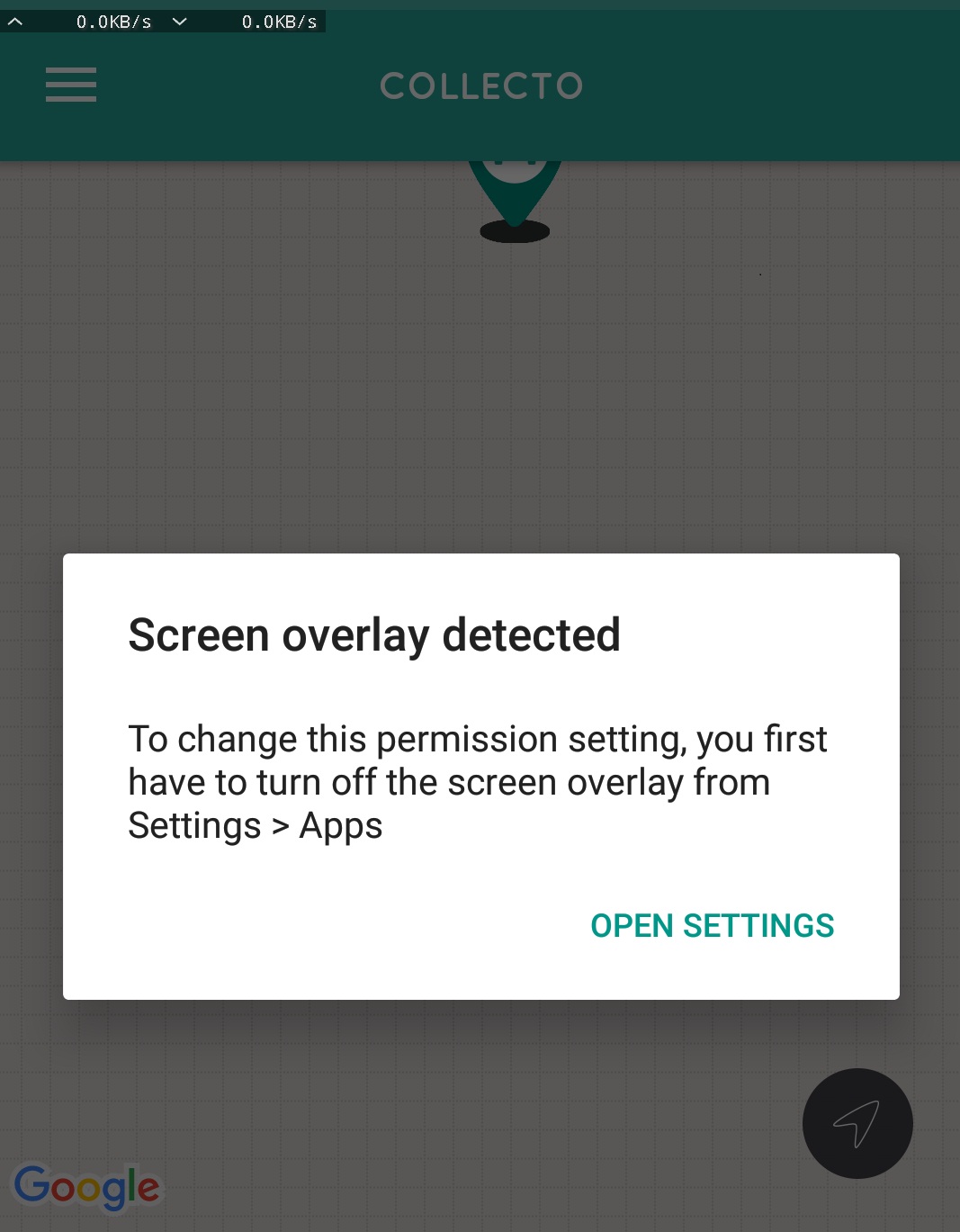 I moved your post here, please have a look at the first post and at the marked solution in this topic.